Armstrong Williams
|
Posted: Feb 08, 2017 12:01 AM
Share   Tweet
The opinions expressed by columnists are their own and do not necessarily represent the views of Townhall.com. 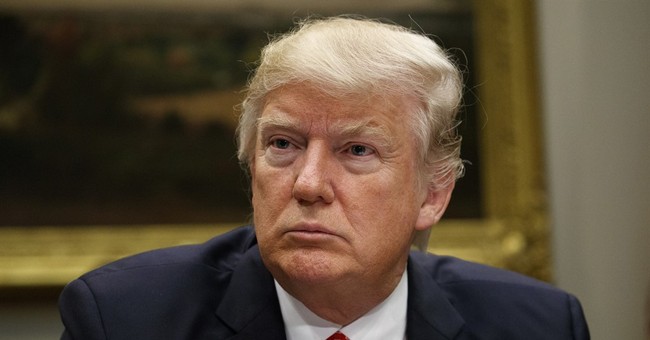 We are barely two weeks into the presidency of Donald J. Trump, and a few things are becoming evident, while still others are slowly crystalizing around a man and an administration that will truly be unlike any other this institution has seen. And the hard truth is: He is completely comfortable with that characterization and that anomalous reality.

A major cold war is brewing with the press

I’m biased on this, but let’s not kid ourselves: the White House is calling a completely different game with the media now. All decorum is out the window. We in the press need to get over it, quickly. It’s not changing anytime soon. In fact, if ever there was a topic or time where this administration would “double down” on something, it is with the media. Team Trump is losing no allies and none of its voter base by attacking the media. They lose credibility, sure. And one wonders what dividends that will pay during, for example, a terrorist situation or other crisis of some sort. But Bannon and his team have made this gambit, and they are comfortable with the outcome. Watch for this cold war to continue, with no sign of a détente anytime soon.

Full-court press on the Trump agenda

First, many are simply amazed at the breadth of coverage this White House has made in creating executive orders and directives on policy issues. From building a wall and immigration, to CIA interrogation policies and Gitmo, to Wall Street and manufacturing, to abortion and a Supreme Court nominee – this White House has tackled many issues in whirlwind fashion. Not only is the media struggling to stay on top of the issues and delve deeper into the ramifications, but policymakers are also finding it difficult to draft off of his lead. That is vintage Trump. He will say he is merely responding to the people (which makes his much-maligned inaugural address sound more intentional) – a group that has been silenced for far too long.

I am repeatedly hearing from the so-called Never Trump-ers in their private confessions and “relief” that Trump took the election. Granted, it may be more relief that Hillary did not win. But I think it’s more than that. The more I travel the country and speak with individuals who didn’t vote for Trump and even actively worked to defeat him, the more I hear them profess that they didn’t think they would be so glad to see him enter the White House. The reason for that was on full display last recently, when hundreds of thousands angry and hate-filled factions filled the streets. Sure, they have a right to protest and register their dissent. But the level of vitriol and hate and utter contempt they have for one man so early in his administration is unfair.

Those images, along with beyond-the-pale accusations and attacks against Trump from even those in the media have helped to thaw feelings from establishment Republicans. Even though that may have been by accident, it is certainly to Trump’s benefit as he builds a new “coalition of the willing” to move his very aggressive domestic agenda.

Finally, some advice for The Donald: It’s time to stop looking petty when you stoop to the level of detractors on various and seemingly small issues. Assume the role Americans expected and voted for: It’s time to be the mailman and deliver! Deliver on those low-hanging items that can be addressed easily via executive command. Trump’s hard-edged approach on regulations is masterful. With the stroke of a pen, he is rolling back hundreds of millions in regulatory burdens that have stifled businesses and economic growth for years. The stock market hitting 20,000 recently for the first time in history is one proof point of many performance indicators.

Ride that economic momentum, Mr. President, and leverage the awesome power of your office to push, prod and compel a static behemoth known as the Federal Government to action. Begin to deliver on key items, and you will begin what promises to be a lasting legacy of American progress.