Armstrong Williams
|
Posted: Jul 12, 2016 12:01 AM
Share   Tweet
The opinions expressed by columnists are their own and do not necessarily represent the views of Townhall.com. 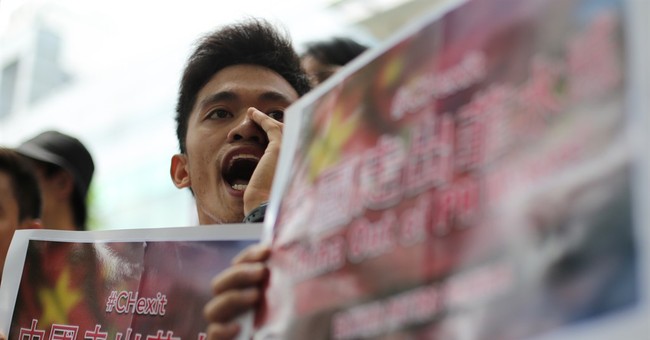 As a licensed firearm carrier, I have had to undergo significant and ongoing training, both in the safe operation of firearms, as well as the legal and prudential implications of bearing arms as a civilian. One of the first things they teach you in training is that when you are pulled over or detained by a police officer, you have a duty to disclose to the officer that you are carrying a firearm that you are legally licensed to possess. The reasons for this are obvious – disclosing that you are in possession of a firearm protects the life of everyone involved – both the citizen and the officer, and potentially any bystanders.

Fast forward to the breathtaking course of events over the past week: On Monday, eyewitness cell phone video recorded a struggle between two Baton Rouge, Louisiana police officers and Alton Sterling a man whom they were attempting to arrest for allegedly threatening another citizen with a gun. Although not completely clear from the video footage, the officers appear to have the subject more or less incapacitated and on the ground, before one of the officers yells ‘gun!’, after which the other officer, who was sitting on the suspect's body, pulled out his service weapon with his free hand and fired several shots into the subject’s chest, killing him instantly.

In the immediate aftermath of the event, there seemed to be the feeling by many people – both casual observers and those in law enforcement - that since the subject was not in legal possession of the firearm (as a parolee from a felony conviction) and was apparently resisting arrest, officers reasonably feared for their life and were justified in shooting him.

Two days later, in a suburb of St. Paul, Minnesota, a young woman named Lavish Reynolds broadcast a Facebook live video from the passenger’s seat of a car in the immediate aftermath of an incident in which she and her boyfriend, Philando Castile had been pulled over by police for having a broken tail light. Reynods and Castile was apparently pulled over by officer Jeronimo Yanez because he matched the description of a robbery suspect with a "wide nose." Officer Yanez went on to say, "I'm going to stop a car..." "I'm gong to check ID's. I have reason to pull it over." The two occupants just look like people that were inovled in a robber," the officer continues. "The driver looks like one of our suspects, because he has a wide set nose." On the haunting, horrifying video, we see next to her in the driver’s seat a man who has apparently been shot, bleeding profusely from his chest, the blood staining his white t-shirt, and taking his last breaths as life quickly ebbed from his body. We see a police officer’s gun pointed in the open window and hear the voice of an agitated officer barking commands and attempting to justify his actions. And then, of course, our hearts sank when we heard the voice of a young child coming from the back seat of the vehicle – she had witnessed the whole thing first hand.

According to the woman’s (as yet uncorroborated) testimony on the video, the man who was shot was complying with the officer’s demand that they both show their hands, as well as his subsequent request that the driver presents his license and registration information. According to her story, as the man was reaching for his driver’s license (contained in a wallet, which was in his back pocket), he informed the officer that he was in legal possession of a licensed firearm. At that, she said, the officer ordered the man to put his hands back up, but before he could comply the officer shot him four times in the chest and arm, killing him instantly.

Let’s compare these two incidents to another recent incident. A few weeks ago a young British man at a Donald Trump campaign rally attempted to wrestle a gun out of a security officer’s holster in a failed plot to assassinate Trump. The man was arrested safely, and no one was harmed. In fact, the attempt was not even seriously covered in the media, as the man was widely viewed as a misguided person who possibly suffered from mental problems. Let’s also consider the case of Dylan Roof, a man who was known to be armed and dangerous and was on the run from law enforcement after he gunned down nine praying parishioners in a South Carolina Church because they were black. Roof was not only apprehended without incident in North Carolina, he was treated by police to a meal at Burger King as he was escorted back to South Carolina to face justice.

Now obviously people will point to specific differences in the facts of each case, but the implication seems to be clear. White armed suspects who are apprehended by police are more likely to be given the benefit of the doubt than black subjects. Moreover, they are more likely to emerge with life and limb intact. By contrast, in the case of the young man with the concealed carry license in Minnesota – the situation seemed to escalate from a minor traffic stop to a homicide the instant he asserted his legal right to bear arms. In the Baton Rouge case, the police justification for using deadly force seems to be at least in part based on the ex post haste claim that they were confronting in a felon in possession; but there was clearly no indication that police at the scene knew anything about the man’s prior criminal history as the event unfolded. In neither case was there an allegation that the suspect either threatened the police or pointed a weapon at them, causing them to fear for their lives.

A clear pattern evidencing a double standard in how policing black suspects is clearly emerging and being cemented into the national consciousness. Perhaps the remarks of the Governor of Minnesota Mark Dayton, express the feeling most succinctly. In response to a question as to whether race played a role in the St. Paul incident he responded; “Would this have happened if those passengers, the driver, and the passengers, were white? I don’t think it would have. I think all of us in Minnesota are forced to confront that this kind of racism exists.” These are troubling times for America and like any sickness division is a cold we must rid of ourselves of. If we are to ever heal these wounds, we must confront these harsh realities head one. Sure, we may be different, but those differences should never divide us because it is our differences that makes us all unique.