Our Hearts Weep For Lahore Too

Armstrong Williams
|
Posted: Apr 07, 2016 12:01 AM
Share   Tweet
The opinions expressed by columnists are their own and do not necessarily represent the views of Townhall.com. 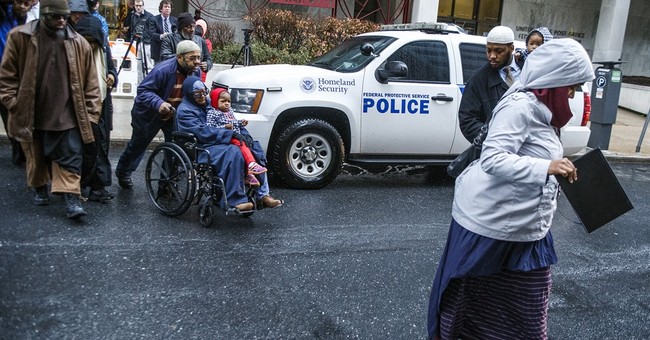 One of the glaringly under appreciated facts in the media reporting of radical Islamic terrorism, is the fact that the overwhelming number of victims of such acts are brown people who are Muslims. The recent attacks in Abidjan, Ivory Coast, and in Lahore, Pakistan, clearly bear this out.

Ever since the attacks in Paris and subsequently in Brussels, Europe has been high alert and the news media has been running non-stop coverage of the attacks, their aftermath, and the implications for safety and security in Europe. Belgians have publicly questioned why their country in particular has been singled out for attacks, despite the fact that Belgium has not played a significant role in Middle East politics. But even more incredulous are the attacks on innocent populations in Muslim countries themselves. The attack this past Easter Sunday that killed over sixty people at a theme park in Lahore, Pakistan is sadly not an uncommon occurrence. Over the past year alone, there have been over thirty terrorist attacks, killing several hundred people in the country. The loss of life has been horrific; the willingness to target innocent civilians, including defenseless children, nothing short of barbaric.

The attacks in Africa have also raised eyebrows, but not really the attention of the West. They are seen as purely African issues, and not related to the global fight against radical Islam. But terrorist attacks in Mali, Burkina Faso, Ivory Coast, Kenya and Nigeria have all been sponsored by African affiliates of global jihadist organizations. Some of the African attacks on civilian targets have allegedly come as retaliation for France’s increased aggressiveness against radical Islamic groups in former French territories such as Mali and Algeria.

Despite the fact that the global war on terror is in fact, well, global, a disproportionate amount of media attention in the West has focused on the attacks occurring in Europe and America. While this is to some degree understandable, in the West has a self-referential orientation, it represents a missed opportunity for the media to underscore the true globalist threat posed by radical Islam.

And more importantly, it tends to set up an us-vs-them dynamic in which all Muslims or Syrian refugees (for example) are painted with a broad brush. By trying to isolate the threat of Islamic extremism by blanket condemnations of entire religious or ethnic groups, we blind ourselves to the need to join with others to change the conditions in which extremism foments and flourishes. We need to encourage those people in Pakistan who know where these extremists live to come forward and help us to root them out. Those in the governments of these countries who are in bed with extremist elements need to be outed as well. This pertains to Saudi Arabia as well as Pakistan, who on the surface appear to be allies of the West, but in reality are running their own ethnic and religious wars in contravention of Western interests.

There are plenty of good people in these countries who do not want to have extremists blowing them up, killing their wives, mothers and children indiscriminately. The media needs to shine a light on the everyday Iraqi or Nigerian or Pakistani person who is caught up in the throes of global jihadist war that is not of their making, or even of their real concern. And in doing so, we can help to show that the West’s concern for human rights is not merely a concern for the rights of its citizens to be free of terroristic violence, but also a principled position against human rights abuses around the world.

It is certainly tempting in the midst of such cowardly acts of violence to close ourselves off from the rest of the world; to insist on our own safety first. But the facts plainly suggest that we not only have to try and secure our own borders, but we have to go into these various snake pits and destroy them too. The reasons why are apparent. Firstly, a lot of this extremism and the ideology that supports it is being spread online. It does not matter whether we ban foreign citizens from visiting U.S. soil. Most of the attacks by radical Islamists on American soil, for example, have been carried out by U.S. citizens with every right to be here. Many of them have been radicalized on the internet. But secondly, and more importantly, we have a duty to our fellow man to try and relieve their suffering if we can.

One of the most demoralizing effects of terrorism is the sense that the government is powerless to stop violence being committed against its’ own people. Several cabinet Belgian cabinet ministers – including the interior and justice ministers – offered their resignation in the wake of the Brussels attacks. The Pakistani government has been under similar pressure from a population that has grown numb with fear and almost become resigned to senseless violence being a fact of public life. But the media also has a role to play in the proliferation of terrorism. Those in the media should exhibit just as much empathy for innocent lives lost in Lahore or Abidjan as they do for lives lost in Paris or Brussels. Failing to do so sends a message to the terrorists that some lives matter more than others, and sets up a high stakes game of cat and mouse that just cannot be won in the conventional manner.