The Age of the American Lust Child 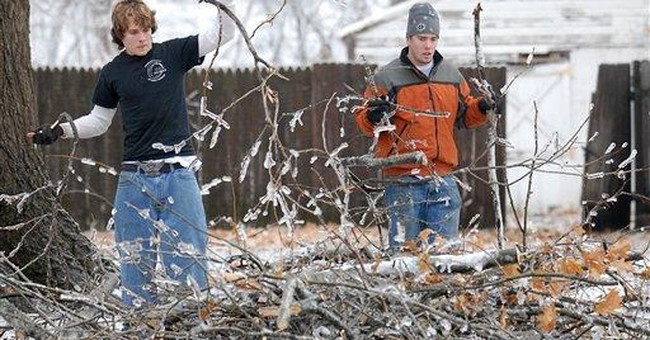 My columns and other writings have long chronicled the decline of moral values in America. However, I must admit to being absolutely shocked when I read recently that the Centers for Disease Control has estimated that nearly forty percent of U.S. births in 2007 occurred outside of wedlock. It’s one thing when teenagers and members of lower socioeconomic classes, fall prey to this phenomenon. But the reality of out of wedlock births at such a high rate suggests that the problem has spread much wider than ever could have been imagined. Thi s outrageous number of out of wedlock births across age and socioeconomic sectors signal the wholesale disintegration of our American family. Welcome to the dawn of the age of the American Lust Child.

Some would question why it matters. What does society care whether or not children are born to wedded mothers at all? After all if the parents are together but not married, or single but wealthy enough to support the child, then no big deal right?

Wrong. There is more to raising children than just food, clothing and shelter. There is non-material things that parents provide that cannot be quantified in dollars and cents, but are just as essential for that child to grow up and become a productive member of society. They include, providing a strong moral foundation, teaching faith, perseverance, and discipline. It’s not that one parent is incapable of doing this alone. But in most U.S. households, where someone has to work to bring in an income, the moral education of children requires teamwork if it is to be done correctly.

Of course two people do not have to be married in order to have a committed team for child rearing purposes. But the reality is that the bond of commitment between the parents is strengthened when sanctioned before their wi der family and when bolstered by the social and economic benefits conferred by marital status. Married couples can more easily combine income to purchase homes, and enjoy distinct advantages under the tax system for raising their families. Children of married couples are more likely to graduate from college, and enjoy a higher degree of more success than those raised by single parents.

Moreover, marriage leads to the creation and preservation of intergenerational wealth. Even as far back as Shakespeare’s time, people recognized that parental legitimacy conferred social and economic benefits on children that even moral perfection could scarcely equal. In King Lear, Edgar, the Lust son of the Earl of Gloucester questioned society’s judgment of him, regaling the system of marriage and legitimate birth as a cruel joke. “Wherefore should I stand in the plague of custom and allow the curiosity of nations to deprive me [of my inheritance]?” he regaled. But the reality is that legitimacy confers a name, and a name becomes a legacy. Legacies, in turn create nations and empires.

Just ask the children of professional athletes and entertainers born within wedlock, and those born outside of it. While the law may compel the absent father to pay child support, it cannot force him to become a father. Those children, the ‘legitimate ones’ if you will, end up far better off than the babies born out of on-the-road romances.

In many ways social disintegration is the symptom of modernity. All of the trappings of modern life, the degrees, the jobs, mortgages and marital responsibilities lead many to view their lives as surrea l and lacking any real foundation. The individual, they feel, gets drowned out by notions of social status. In rejecting social institutions like marriage, they feel that they can only be authentic when divested of the cultural trappings that seem to shield them from the difficult truth about their existence. They want to perceive themselves as individuals who are free to choose any option that they might find appealing.

It is precisely at this point that we begin to fall apart as a society, and the true costs of naked individualism, the ‘if it feels good, do it’ mentality becomes clear. People like Nadia Suleyman, the infamous “Oct-Mom,” exemplify the effects of this mentality at its extreme. While it’s all well and good for her to go around having fourteen children octuplets, including octuplets, out of wedlock, it’s society that ends up paying the price. Although fre e to make an individual (and some would say selfish) choice, she must now rely on society to supply her children with medical care and housing.

The notion of individuality is based upon a vain aspiration to live independently of the transcendent moral laws. That people feel this way is not entirely their fault – we live in a society that has failed us in so many ways. Leaders have been shown to be hypocritical, and political concepts such as liberty and freedom have in many cases rung hollow in the face of discrimination and oppression. But this should not make us cynical about our own moral responsibilities. True freedom for the individual can only be achieved by living in harmony with a higher order th at governs the universe and everything in it. And that order requires that children be afforded the opportunity to grow up in a married household.