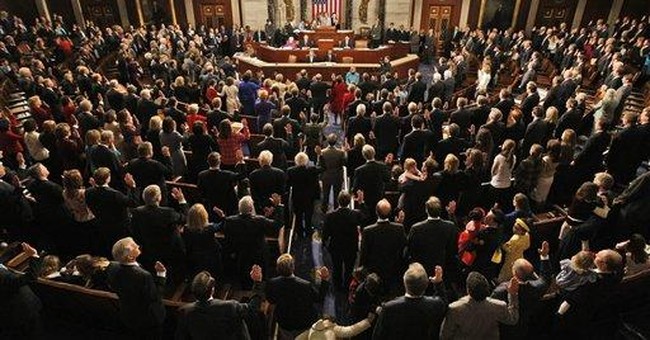 The Separation of Powers is an essential element of our Constitutional structure. It is designed to limit aggregation of power at the federal level at the expense of the people and to foster competition and a balancing mechanism among the three branches of government; the legislature, executive, and judiciary. Here is how it works: when Congress objects to an action (or inaction) by the executive, it can pass a law or withhold or increase an appropriation; the President can veto a bill passed by the Congress; Congress can with a 2/3rds vote override the President’s veto; the Supreme Court can hold a law passed by Congress and signed by the President unconstitutional; Congress can pass, and the President sign, a new law overriding the court’s decision; and so on and so forth. Therefore it should not be a surprise that, in recent times at least, the legislative and executive branches both fair better when they are in different party hands and thus freer to pursue their institutional Constitutional aims. Put another way, Obama may yet quietly celebrate the failure to attain a filibuster-free 60-vote Senate, and indeed at some point he may long for the divided government that saved Clinton's Presidency and that could have greatly benefited his successors.

The problem that dogged both Clinton (for the first two years) and Bush 43 (for the first 6) is that having both branches in the same party’s hands made it very difficult for either President to resist overreaching and overspending by their legislative partners. When Gingrich took over the House in l994, however, he was liberated to pursue his own agenda. He became master of his own house, took charge of what had been a very fragile beginning period of governance and developed an agenda that put him in charge of the government with, to his credit, many accomplishments--like welfare reform and spending restraint--that would have been near impossible otherwise.

By the same token, where Speaker Gingrich was liberated, President George W. Bush was trapped by his legislative party leaders into a spending spiral that dispirited his party base and limited his policy options. His loss of party control of the Congress resulted, perhaps counter-intuitively, in a more sure-footed Presidency. He was freer to proceed with the highly successful surge in Iraq and to respond with greater flexibility to the financial crisis when it hit. One can only speculate whether he could have had more success in reigning in Fannie Mae and Freddie Mac and other excesses of the housing crisis if he could have "taken off the gloves", as it were, against the Congress earlier.

It is sometimes said that at the end of the day, the two national parties are not the Republican and Democrat, but rather the White House Party and the Congressional Party. As noted above, they were in fact supposed to compete as well as collaborate. But when they are controlled by the same party, the dynamics seem to bring out the worst in both--collaborating either to overspend or to paralyze. Bush 43 was able to achieve a tax cut and No Child Left Behind before the bad behavior began, but not much thereafter.

His father, by contrast, was faced with a solidly Democrat controlled Congress and yet still managed a rich record of legislative accomplishment--the ADA, Clean Air Act, the Civil Rights Act of l990, the first important energy bill that initiated integration of the power grid, and last but not least, the S&L reform legislation that cleaned up the banks and help set the table for the great economic growth of the l990s and beyond--a clean-up that Japan could never accomplish for its own banks, with more than a decade of stagnation as a result.

Speaker Pelosi will demand her due, and Obama will have to provide some deference for party, though not necessarily for political or policy reasons. Better to have a Republican Speaker and full throated competition for the best ideas and to force inter-party cooperation. This may be a fantasy presently, but I am betting it may be one Obama will dream about from time to time. The pressures he will face will come from the more extreme elements of the House--such as Charlie Rangel, who wants to take wealth directly from the successful and Henry Waxman, who is a near radica hoping to unseat John Dingell as Chairman of the House Commerce Committee, the most powerful panel in Congress. They will both push Pelosi to punitive extremes, and Pelosi will in turn push Obama. The new Chief of Staff has a reputation for toughness--but will he use it against his own party? If he does not, he will cause a lot of short term harm, but he will also give the Republicans an opening for resurgence over the long term.