Arizona Attorney General Mark Brnovich
|
Posted: Feb 23, 2022 12:01 AM
Share   Tweet
The opinions expressed by columnists are their own and do not necessarily represent the views of Townhall.com. 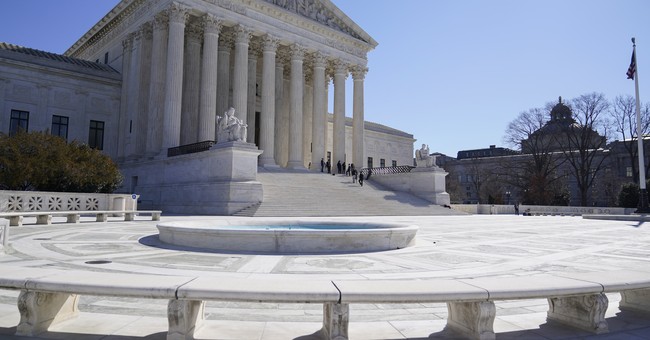 Today, I will be arguing before the U.S. Supreme Court to uphold Arizona’s right to defend the Public Charge Rule, which requires noncitizens to financially support themselves in order to become U.S. citizens or to obtain green cards. This rule is necessary to avoid an unfair drain on welfare and public assistance programs throughout the states. Just as I argued Brnovich v. DNC last year to uphold Arizona’s commonsense election integrity measures, this case is about preserving a long-held cornerstone of responsible and sustainable immigration policy for the United States.

The Public Charge Rule has existed in some form for over 100 years in our country. After the Trump administration enacted an updated version in 2019, the Department of Justice successfully fought the far Left’s challenges in four circuit courts of the country, allowing the Rule to remain in place pending the Supreme Court’s hearing of the case.

But then enter the Biden administration that strategically abandoned defense of the law after striking a backroom deal with the plaintiffs. This left a nationwide injunction in place – allowing the administration to rescind the Public Charge Rule without the required notice and comment rulemaking, which was a very troublesome and unlawful scheme.

Following these misguided maneuvers, Arizona, leading a coalition of states, stepped in to defend the Rule.

Arizona has a protectable interest in this case because the Rule saves the States collectively over a billion dollars per year. A decision against the Rule would re-impose those significant and unnecessary costs upon the States. I am therefore asking the Supreme Court to reverse the errors of the lower courts and allow states to intervene. The Public Charge Rule may then spring back to life, ensuring that states’ emergency assistance programs are not unlawfully drained in the months and years ahead, when Americans may need them most.

Moreover, fixing this error matters not just to preserve society’s safety nets but also to prevent this case from becoming a blueprint for this administration and others to evade the Administrative Procedure Act (APA).  The Public Charge Rule was enacted through notice-and-comment rulemaking, so the APA says notice-and-comment rulemaking is also required to rescind or replace it. Instead, the Department of Justice manipulated pending litigation and actively fought the States’ intervention so it could repeal the rule without following the APA. Making clear that States can and will intervene in these circumstances is the only way to discourage and remedy such blatant attempts to bypass the rule of law to pursue political agendas.

As a first-generation American, I am both humbled and proud that I was elected to be a state’s chief law enforcement officer, and then selected to argue such significant cases at our nation’s highest court. Only in America could this become a reality, and I would never begrudge anyone else from pursuing a better life and chasing their dreams as well. What makes the United States the land of opportunity though, is her insistence upon maintaining the rule of law and a fair playing field for everyone. This is something that all administrations, at every level of government, have the responsibility to uphold. Nobody is above our law, whether they are standing along our nation’s border or sitting in the White House.  I hope that the U.S. Supreme Court strongly affirms this in the adjudication of our case.