Anthony Scaramucci
|
Posted: Jan 03, 2019 12:01 AM
Share   Tweet
The opinions expressed by columnists are their own and do not necessarily represent the views of Townhall.com. 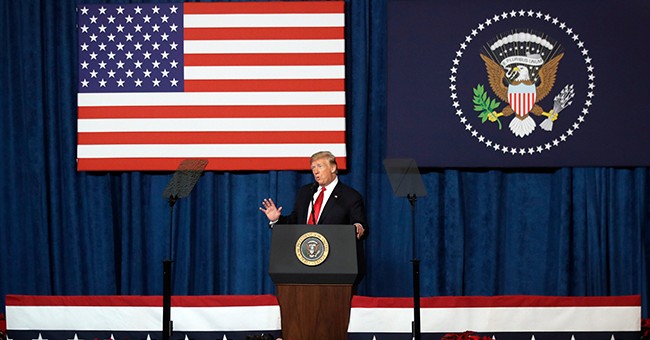 President Trump is rightly getting credit for leading the bipartisan push for federal prison reform, but it’s hardly the first time he’s reached across the aisle to deliver a win for the American people.

In the latest bipartisan victory for the President, the FIRST STEP Act is now the law of the land.

The FIRST STEP Act will reduce sentences for drug felonies and other non-violent crimes, limit the sentencing disparity between crack and powder cocaine, and allow prisoners to earn “good time credits” by participating in educational or training programs that prepare them for life outside prison.

The President boasted that the new law will “keep our communities safer, and provide hope and a second chance to those who earn it. In addition to everything else, billions of dollars will be saved.”

Although it has gotten by far the most attention, the FIRST STEP Act is only the most recent of several bipartisan laws signed this year by President Trump, who has already unified lawmakers to pass major laws dealing with healthcare, infrastructure, and education.

In July, for instance, the President signed legislation to renew a federal workforce development program that allows states to provide technical education and training so students can develop skills for good-paying jobs.

A few months later, in September, President Trump again brought Democrats and Republicans together to draft the Protecting Patients From Surprise Medical Bills Act, which guards patients from unexpected out-of-network bills and prohibits providers from charging patients for the difference if their insurance does not pay the full price of a given service or procedure.

The following month, the President signed sweeping legislation to confront the opioid crisis after the SUPPORT For Patients and Communities Act passed in the Senate 98-1. This law provides funding for treatment and recovery, increased security to keep dangerous drugs out of the country, monitoring of opioid prescriptions, and development of non-opioid painkillers, among other key provisions.

Also in October, the President signed the Water Infrastructure Act to ensure safe and secure drinking water systems across the nation and prevent a recurrence of the Flint, Michigan catastrophe. The bill received a nearly unanimous vote of 99-1 in the Senate.

In fact, according to a May report by Quorum, 70 percent of the bills signed into law from this Congress have had at least one Democrat and one Republican sponsor, the highest level of bipartisanship in 20 years.

President Trump’s effectiveness at working across party lines proves that when Democrats set aside their obstructionist ways for constructive purposes, Americans benefit greatly. They should keep that in mind as they prepare to share power and responsibility for the agenda of Congress in the new year.