Ann Coulter
|
Posted: Feb 07, 2018 6:05 PM
Share   Tweet
The opinions expressed by columnists are their own and do not necessarily represent the views of Townhall.com. 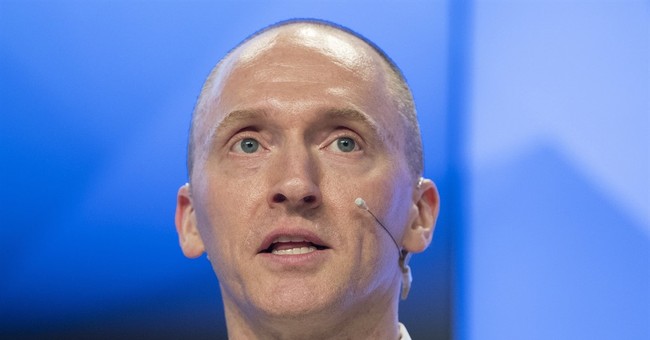 If you've been watching MSNBC and, consequently, have no idea what was in the CONTROVERSIAL! DISPUTED! AMATEURISH! memo released by the House Intelligence Committee (the "Nunes memo"), here is a brief summary:

The Department of Justice used the unverified dossier to obtain a Foreign Intelligence Surveillance Act warrant against Carter Page, an alleged "foreign policy adviser" to Donald Trump and the last frayed thread of the Russian collusion story. The FISA court was not told who had paid Steele to create the "salacious and unverified" dossier -- in the words of the showboating former FBI Director James Comey -- much less about Steele's personal hatred of Trump.

After 18 months of steely-eyed investigation, the only parts of the dossier that have been "confirmed" are bland factual statements -- Moscow is a city in Russia -- while the untrue parts are anything having to do with Trump or his associates.

"Both journalists and others who had copies of it for a long time have not been able to report much of it out. We've heard that, you know, the FBI and the Intelligence Community believe about 30 percent of it may be accurate, but most of that 30 percent, if not all, has been non-Trump stuff."

Danielle Pletka, with the "conservative" American Enterprise Institute, expressed the FPC's disdain, telling the Times: "It's always surprising when a member of our relatively tightly knit community is willing to sacrifice their reputation to stand with someone like Donald Trump."

This is standard procedure for the left, akin to how they treat black Republicans. Step One: Viciously attack any black person who works for a Republican. Step Two: Mock the GOP for being all white.

Their slanders against Trump worked! No one from the FPC would associate with him, so in a moment of desperation, Trump read five names off a list, including Page's, during an interview with The Washington Post.

The New York Times, the next day:

"... the Republican foreign policy establishment looked at them and had a pretty universal reaction: Who?

This has led to an inane media narrative, with Page being simultaneously portrayed as an all-powerful spy of Kim Philby proportions -- but also a laughable nobody. Or, as a Russian spy described him in an intercepted conversation back in 2013: "An idiot."

2. No one ever checks anything in Hollywood. You could go around claiming to have written "Gone With the Wind," and you'll never be busted.

It's the same in Washington, D.C., only worse. Contrary to the self-admiring cliche about Washington being a city that runs on power, almost no one in D.C. has any real power, so it's a city that runs on suck-uppery and B.S. I personally know of five people who claim to be advising the president, who aren't, and I don't get out much.

That's why Page won't just come out and say: DONALD TRUMP HAS NO EARTHLY IDEA WHO I AM.

3. The use of the federal government's spying powers against an American citizen is yet another problem of unrestricted, unvetted immigration.

The only reason the FOREIGN Intelligence Surveillance Act can be used against American citizens in the first place is that we have all these "American citizens," like Omar Mateen (Pulse nightclub), Syed Farook (San Bernardino), Dzhokhar Tsarnaev (Boston Marathon), and Abdulrahman al-Awlaki (killed by Obama drone strike in Yemen).

Maybe like California's new "Real" I.D. cards -- required by the federal government because the state gives driver's licenses to illegals -- we could start distinguishing "American Citizens" from "Real American Citizens."

Because of this confusion, the FISA court that was supposed to be used against terrorists and spies is instead being used against Trump supporters. Here's Malcolm Nance, terrorism analyst, smugly warning Page back in March 2017 on MSNBC:

"I have a message for him, all right? U.S. intelligence is not going to be coming at him like a lawyer, right? We will turn on the entire power of the U.S. collection system. And if he is lying, it is going to become very well-known very quickly. ... If there's a FISA warrant out there ... we have the ability to collect anything on him, including all of his finances and every relationship he has with anybody in this world."

If only the federal government were as gung-ho about spying on terrorists as it is to spy on Page, the FBI might not be a complete laughingstock right now. (My late father, an FBI agent, is rolling in his grave.)

The FBI will still miss the next 9/11, but at least no one is going to forget to file with the Foreign Agents Registration Act anytime soon.

4. Rep. Trey Gowdy recently defended the Mueller investigation in a clip that has now aired on TV more times than "The Shawshank Redemption." According to Gowdy, the House Intelligence memo has nothing to do with Robert Mueller's investigation because he's just looking into Russia's interference in the 2016 election.

With all due respect to Gowdy, that's not what Mueller is investigating.

The letter from Deputy Attorney General Rod Rosenstein appointing Mueller expressly directs him to investigate "any links and/or coordination between the Russian government and individuals associated with the campaign of President Donald Trump."

Since it has appeared for quite some time now that there is no collusion, the only thing left for Mueller to investigate is Trump's "obstruction of justice," i.e. Trump being pissed off that his time is being wasted.

But without evidence of Trump colluding with the Russians, no independent counsel should have been appointed in the first place. The Department of Justice already has more than 10,000 lawyers. Why pay another dozen to look into foreign interference in our elections unless the president is implicated and can't investigate himself?

A cabal of anti-Trump fanatics cooked up the Russia collusion story, and don't-rock-the-boat bureaucrats went along with it, so we now have a behemoth investigative monster chasing unicorns.