Ann Coulter
|
Posted: Aug 02, 2017 5:22 PM
Share   Tweet
The opinions expressed by columnists are their own and do not necessarily represent the views of Townhall.com. 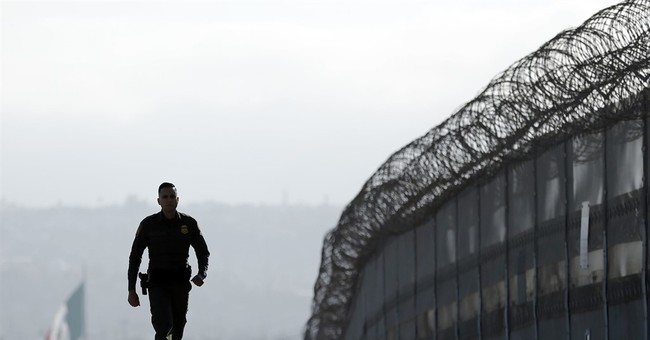 In 1994, after 40 years in the wilderness, Republicans swept both houses of Congress, running on Newt Gingrich's "Contract With America," in which the GOP promised to hold votes on 10 popular policies in the first 100 days. They won, fulfilled the contract, and went on to control the House for more than a decade.

More recently, the country gave the GOP the House in 2010, the Senate in 2014 and the presidency in 2016. But we're not seeing any difference. The GOP has become a ratchet, never reversing Democratic victories, but only confirming them with teeny-tiny alterations.

It's time for the voters to issue a "Contract With Republicans." Unless our elected representatives can complete these basic, simple tasks, we're out. There will be no reason to care about the GOP, anymore.

Whether these objectives are accomplished by President Trump or a rhesus monkey, the Democrats, the Bull Moose Party or the U.S. Pirate Party -- it will make no difference to us. We just need somebody to fulfill this contract in order to get our vote.

People said the chant, "Build the wall!" was mere shorthand for a whole slew of immigration policies, unified by the single idea of putting Americans' interests if not "first," then at least "above the interests of complete strangers to whom we owe absolutely nothing." It was called a term of art, meaning we want to stop sacrificing the welfare of our nation on the altar of liberal idiocy.

Yes, it means all that. But it also means: Build the wall.

If this is done only for reasons of conservative ideology, in recognition of the fact that the United States is a sovereign nation, entitled to protect its homeland, that's fine with me.

But I note in passing that, if I were a progressive constantly virtue-signaling on transgenders and refugees, and occasionally pretending to care about African-Americans, the very last thing I'd want to see is the continuing dump of low-wage workers on the country, undermining black fathers' ability to earn a living, to stay married and to pass down savings and a work ethic to their children.

The great civil rights hero Barbara Jordan understood that. The fact that our current low-rent liberals are unable to rise to her level is all the proof we need of their uselessness.

Moreover, in the future, we will once again have presidents with a taste for fascist executive orders, purporting to grant "amnesty" to illegal aliens. We will continue to have bought-and-paid-for legislators, pushing cheap labor in return for campaign donations. In the blink of an eye, they can undo every part of Trump's America First agenda on immigration, just as Obama undid our victory in Iraq.

A wall is the only part of Trump's immigration reforms that will not be instantly reversed by the next Barack Obama or George Bush. Allowing border patrol agents to do their jobs is a policy that lasts only as long as Trump is president. A wall is forever.

Republicans need to stop having their victories written in wet sand. During the campaign, Trump vowed to impose a Muslim ban if elected; both political parties hysterically denounced him; he won the election; issued a highly modified, temporary travel restriction from a handful of majority Muslim countries; and ... a handful of carefully selected federal court judges announced that, during the Trump administration, they would be implementing immigration policy.

That's why President Trump must appoint, and the Senate confirm, brilliant conservative judges, preferably in their 30s and with good EKGs, so that they can keep issuing opinions well into their 90s.

As long as they are sufficiently vetted to ensure we're getting no David Souters or Harriet Miers -- vettings even MORE exhaustive than the alleged rectal probes given to the San Bernardino terrorists before admitting them to commit mass murder -- Supreme Court justices can have nearly the same permanence as the wall.

The left is way ahead of us on this one, already hard at work turning the greatest military in the world into taxpayer-funded adventures in lesbianism and transgenderism. (Sorry, taxpayers! We gave your Social Security to mental-case penis-choppers.)

Every recent war has been counterproductive at best. At worst, they have been meat-grinders for our bravest young men. Imagine that some small portion of the trillions of dollars poured into the endless -- and ongoing! -- war in Afghanistan had been used to build a 100,000-seat soccer stadium in Baghdad. And then imagine that we built 100 more just like it, right next to one another.

If we had taken a satellite photo of all those stadiums filled to capacity, the caption would be: "Not one American life is worth all the lives pictured here."

That's not anti-Arab. I'm sure they would feel exactly the same. I would respond, "Yes, of course, you're right to feel that way."

If we're ever attacked, we should be prepared to unload our full arsenal. But it's not our job to create functioning democracies in primitive rape-based societies around the globe.

Apart from an attack on U.S. soil by a foreign country, we are going to live our lives, go to work, celebrate the Fourth of July, and never bother learning the difference in Sunni and Shia Arabs. Once a decade, when we fleetingly remember Yemen or Saudi Arabia, we will hope they're doing well, then get back to our lives -- surrounded by a wall and living in a constitutional democracy, where our greatest young men aren't continually sacrificed in pointless wars.