Youngkin Calls for Bulldozing of COVID Fines for Businesses

Liberals Are Going to Blow a Gasket Over Tucker Carlson's Segment on Awful...
OPINION

The Elephant In The Room

Ann Coulter  |  Jan 16, 2008
The opinions expressed by columnists are their own and do not necessarily represent the views of Townhall.com.
Top Columns
Trending on Townhall Media 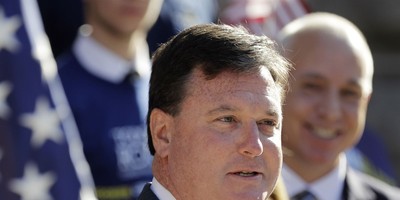 Unluckily for McCain, snowstorms in Michigan suppressed the turnout among Democratic "Independents" who planned to screw up the Republican primary by voting for our worst candidate. Democrats are notoriously unreliable voters in bad weather. Instead of putting on galoshes and going to the polls, they sit on their porches waiting for FEMA to rescue them.

In contrast to Michigan's foul weather, New Hampshire was balmy on primary day, allowing McCain's base -- Democrats -- to come out and vote for him.

Assuming any actual Republicans are voting for McCain -- or for liberals' new favorite candidate for us, Mike Huckabee -- this column is for you.

I've been casually taking swipes at Mitt Romney for the past year based on the assumption that, in the end, Republicans would choose him as our nominee. My thinking was that Romney would be our nominee because he is manifestly the best candidate.

I had no idea that Republican voters in Iowa and New Hampshire planned to do absolutely zero research on the candidates and vote on the basis of random impulses.

Dear Republicans: Please do one-tenth as much research before casting a vote in a presidential election as you do before buying a new car.

One clue that Romney is our strongest candidate is the fact that Democrats keep viciously attacking him while expressing their deep respect for Mike Huckabee and John McCain.

This point was already extensively covered in Chapter 1 of "How To Talk to a Liberal (If You Must)": Never take advice from your political enemies.

Turn on any cable news show right now, and you will see Democratic pundits attacking Romney, calling him a "flip-flopper," and heaping praise on McCain and Huckleberry -- almost as if they were reading some sort of "talking points."

Doesn't that raise the tiniest suspicions in any of you? Are you too busy boning up on Consumer Reports' reviews of microwave ovens to spend one day thinking about who should be the next leader of the free world? Are you familiar with our "no exchange/no return" policy on presidential candidates? Voting for McCain because he was a POW a quarter-century ago or Huckabee because he was a Baptist preacher is like buying a new car because you like the color.

The candidate Republicans should be clamoring for is the one liberals are feverishly denouncing. That is Mitt Romney by a landslide.

New York Times columnist Frank Rich says Romney "is trying to sell himself as a leader," but he "is actually a follower and a panderer, as confirmed by his flip-flops on nearly every issue."

But Rich is in a swoon over Huckabee. I haven't seen Rich this excited since they announced "Hairspray" was coming to Broadway.

Rich has continued to hyperventilate over "populist" charmer Huckabee even after it came to light that Huckabee had called homosexuality an "abomination." Normally, any aspersions on sodomy or any favorable mentions of Christianity would lead to at least a dozen hysterical columns by Frank Rich.

Rich treated Mel Gibson's movie "The Passion of the Christ" as if it were a Leni Riefenstahl Nazi propaganda film. (On a whim, I checked to see if Rich had actually compared Gibson to Riefenstahl in one of his many "Passion" reviews and yes, of course he had.)

Curiously, however, Huckabee's Christianity doesn't bother Rich. In column after column, Rich hails Huckabee as the only legitimate leader of the Republican Party. This is like a girl in high school who hates you telling you your hair looks great.

Liberals claim to be enraged at Romney for being a "flip-flopper." I've looked and looked, and the only issue I can find that Romney has "flipped" on is abortion. When running for office in Massachusetts -- or, for short, "the Soviet Union" -- Romney said that Massachusetts was a pro-choice state and that he would not seek to change laws on abortion.

Romney's first race was against Sen. Teddy Kennedy -- whom he came closer to beating than any Republican ever had. If Romney needed to quote "The Communist Manifesto" to take out that corpulent drunk, all men of good will would owe him a debt of gratitude.

Even when Romney was claiming to support Roe v. Wade, he won the endorsement of Massachusetts Citizens for Life -- a group I trust more than the editorial board of The New York Times. Romney's Democratic opponents always won the endorsements of the very same pro-choice groups now attacking him as a "flip-flopper."

After his term as governor, NARAL Pro-Choice America assailed Romney, saying: "(A)s governor he initially expressed pro-choice beliefs but had a generally anti-choice record. His position on choice has changed. His position is now anti-choice."

Pro-abortion groups like the Republican Majority for Choice -- the evil doppelganger to my own group, Democratic Majority for Life -- are now running videos attacking Romney for "flip-flopping" on abortion.

Of all the Republican candidates for president, Romney and Rudy Giuliani are the only ones who had to be elected in pro-choice districts. Romney governed as a pro-lifer and has been viciously attacked by pro-abortion groups.

By contrast, Giuliani cleverly avoids the heinous "flip-flopper" label by continuing to embrace baby-killing. (Rudy flip-flops only on trivial matters like illegal immigration and his own marital vows.)

And, of course, Romney is a Mormon. Even a loser Mormon like Sen. Harry Reid claims to be pro-life. So having a candidate with a wacky religion isn't all bad.

At worst, Romney will turn out to be a moderate Republican -- a high-IQ, articulate, moral, wildly successful, moderate Republican. Of the top five Republican candidates for president, Romney is the only one who hasn't dumped his first wife (as well as the second, in the case of Giuliani) -- except Huckabee. And unlike Huckabee, Romney doesn't have a son who hanged a dog at summer camp. So there won't be any intern issues and there won't be any Billy Carter issues.

It's also possible that Romney will turn out to be a conservative Republican -- at least more conservative than he was as governor of Massachusetts. Whatever problems Romney's Mormonism gives voters, remember: Bill Clinton came in third in heavily Mormon Utah in 1992. 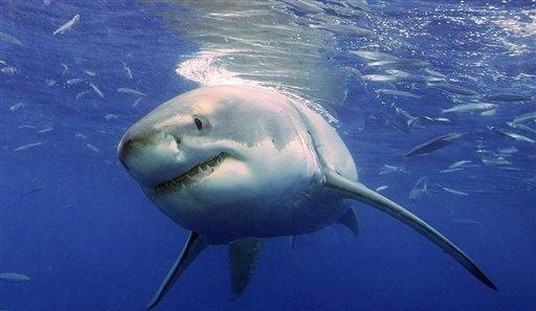