For Some Americans, the Tax Man Never Leaves

Andrew Wilford
|
Posted: May 01, 2019 12:57 PM
Share   Tweet
The opinions expressed by columnists are their own and do not necessarily represent the views of Townhall.com. 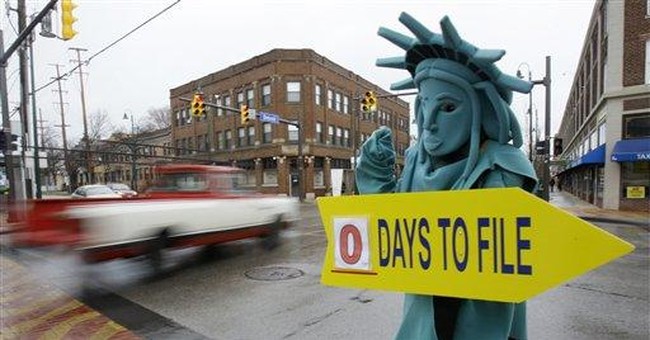 For most Americans, Tax Day represents the day that taxes can be shifted to the back of the mind for the next nine or 10 months. For others, it’s the starting gun to be hounded by tax officials for outstanding tax liabilities. But for some (non)taxpayers unfortunate to live in one of 14 states that publish public “shame lists,” it can mean a loss of privacy as well.

Fourteen state revenue departments across the country routinely publish and update lists of delinquent taxpayers, with the clear purpose of turning to public shaming as a means of encouraging delinquents to pay their taxes. Blunt program names such as Louisiana’s (now defunct) “CyberShame” make clear the purpose of these lists.

Most Americans do not spend much time on state revenue department websites looking for these lists, but news outlets often publish stories about released tax delinquent lists, providing exposure of private information to the general public.

And when it comes to the requirements to end up on one of these lists, mileage can vary. Nebraska sends multiple notices and exempts taxpayers that enter into a payment plan, are appealing the tax liability, or are protected under federal bankruptcy law. Rhode Island, on the other hand, gives just 30 days’ notice before placing a delinquent taxpayer on its shame list. In Maryland, failure to respond to a similar notice with payment or entrance into a payment plan are eligible for inclusion.

Despite how news outlets frequently refer to the taxpayers on tax shame lists as “scofflaws,” it’s not just crooks that can find themselves on these lists. Eight of the 14 states with tax shame lists include tax delinquents that owe less than $30,000, an amount of tax liability that middle-class Americans falling on hard times could find themselves owing. Colorado even publishes personal information of multiple tax delinquents that owe just $11!

Tax shame lists represent a clear departure from the normal reasons why a citizen’s personal information might become a matter of public record. Criminal charges are a matter of public record as well, but that’s in an effort to enhance public safety and to provide proof of an orderly legal process. Tax delinquent lists, on the other hand, are explicitly for the purpose of, as Maryland’s Comptroller puts it, “assur[ing] (sic) that everyone pays his or her fair share of taxes.” In other words, they are about leverage, not public safety. Someone with a big tax bill is probably only a danger if you let them borrow money from you.

Private information is generally kept private for a reason, and encouraging friends, family, and even random strangers to harass delinquent taxpayers for their tax payments is something state governments should be above. After all, plenty of more effective tools, such as liens or garnishment, already exist to state governments. Acknowledgment of this is why several states such as Georgia, Hawaii, Connecticut, Louisiana, Montana, Oregon and Kentucky have removed tax shame lists they once published from their websites.

Americans get harassed by the taxman enough already. State tax bureaucrats don’t need help shaming taxpayers that are struggling to pay their taxes.