Tax Reform is Off to a Roaring Start

Andrew Wilford
|
Posted: May 16, 2018 12:01 AM
Share   Tweet
The opinions expressed by columnists are their own and do not necessarily represent the views of Townhall.com. 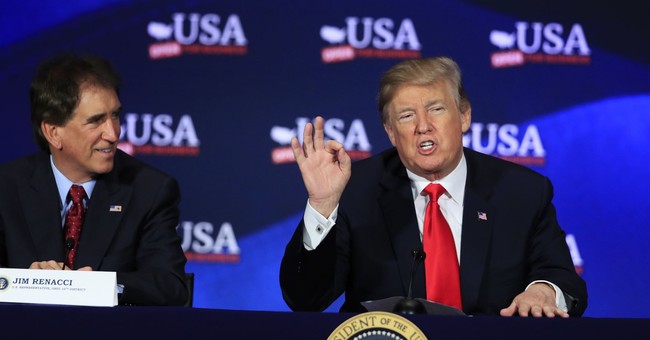 The House Ways and Means Committee is about to hold its first hearing on the Tax Cuts and Jobs Act (TCJA). It should be an opportunity for celebration. Though it is still early, tax reform has laid the groundwork for a stronger economy with better wages for all while returning taxpayers’ hard-earned money to their wallets.

Americans at all income levels have a lot to thank Congress for already. The left-leaning Tax Policy Center found that over 90 percent of middle-income taxpayers will see a lower tax bill next year thanks to the TCJA. Over 87 million Americans are set to see lower utility bills this year thanks to tax reform as well. On top of this, millions of Americans have already received special bonuses and increased retirement plan contributions as a result of tax reform.

Of course, as many have pointed out, these bonuses are just that: bonuses. While meaningful (and certainly more to workers than “crumbs”), they’re not the long-term wage increases that many Americans have gone too long without seeing. Fortunately, the TCJA is on its way to delivering those as well.

While many on the left have ridiculed the idea that cuts to the corporate rate would benefit workers, the improvement to wages comes over the long term. Wage increases come from capital investment, as capital investment makes workers more productive. More productive and efficient workers are more valuable to businesses, requiring them to compensate them more to keep them on board.

The TCJA was designed with this fact in mind. The TCJA contained five years of “full expensing,” which allows businesses to immediately deduct capital expenditures from their taxable income. This encourages businesses flush with cash from the corporate tax cut to put that money towards capital investments.

Buybacks and dividend payouts are not meaningless to workers either. The National Taxpayers Union Foundation estimated that the tax reform law would increase the value of the median stock portfolio by about $465, and the median retirement account by approximately $723 dollars. Combined with tax cuts, bonus payouts, and wage increases, the American worker’s future begins to look far more economically secure.

It is true that deficit concerns exist, but the TCJA is not the driver of the federal government’s debt. The TCJA increased the estimated 2027 debt to GDP ratio by 3 points from 111 percent to 114 percent after accounting for likely extensions of current policy—hardly chump change, but not single-handedly the cause of the country’s fiscal troubles. Rather, chronic overspending is the issue, as evidenced by the fact that this year’s omnibus spending bill alone is projected to supersede the TCJA’s deficit impact by over $200 billion.

All in all, Americans should be celebrating a return to sound economic policy which returns money to taxpayers’ pockets while enabling businesses to innovate and grow. The Ways and Means Committee should join them.

Andrew Wilford is a policy analyst with the National Taxpayers Union Foundation, a nonprofit dedicated to tax and budget education and research.