An Open Letter to President Obama on Heath Care 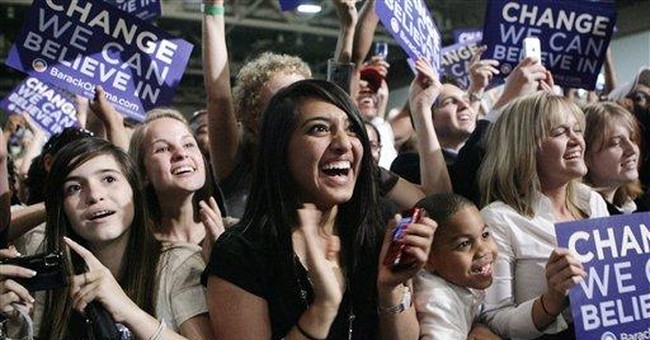 As you continue to advocate for health care reform I wanted to take a moment to express my concern. First, I am pleased with my current health plan—both the health care itself and the price I pay for it. Second, I am a conservative, which means I fear large government.

I tell you this at the outset so you understand that the current state of health care in this country suits me and my family just fine. Thus, in asking me to support your plan to revolutionize that status quo, you must realize that you’re asking me to jeopardize a good thing I already have and to deny my deepest political instincts about the dangers of large government. I might be willing to do both, but only if you give me the right answers to a few questions. This means that I’m the conservative you ought to want to talk to. But, so far, I’m not impressed.

All your adamant hand-wringing and bold assertions about the necessity to do something have not convinced me. I’ve heard you talk about the importance of clear, simple language in financial instruments (which I like), but then you offer me a thousand page document and ask me to blindly trust you that’s it’s exactly what we need. You tell me that it’s important to set a civil tone in Washington, but then you accuse pediatricians of being vicious money-grubbers who perform unnecessary tonsillectomies on children just for the money. And when people I respect raise what seem like legitimate concerns about your plans, you accuse them of “bearing false witness” and resisting the Biblical mandate to care for our fellow man.

As a conservative, I should tell you that I do, in fact, want all people to get the best health care they can. If it were up to me, I would probably run a hospital into the ground by giving away too much of everything I have. If it were up to me, I would gladly provide health care to illegal immigrants and even export health care to other countries because I don’t believe that the only people who matter are the ones who happened to be born within our borders. And although I am often accused of the opposite, I care deeply about children and their needs. I have three of them so far myself, and I’m the guy who cries when I hear stories about parents who can’t give their kids everything they need. Also, I don’t believe health care in this country is perfect. It cost us around $400 to have our first child and $4,000 to have each of the other two, all three of which were perfectly normal, without complications. They’re well worth the price, but those medical bills seem outrageous to me.

So with all this in mind, I have a few simple questions for you. If you answer them adequately, I can’t promise I’ll be with you, but I can promise that I’ll feel much less like I’m in a fight to the death to preserve my way of life and the principles that I have long believed this country stands for. In short, I won’t feel like you’re betraying this country any more, even though I may still oppose this particular agenda item. I don’t believe that the only way for my country to be secure is for me to always have my way. I didn’t vote for you, but I did go on the air the day after the election to proclaim that you were my president-elect. But if you want me to continue being the loyal opposition rather than an organizer of the revolution, I need some answers, and I need them fast.

First, I want to know whether you think there are any ways government could make health care worse. If so, what does your plan do to avoid these pitfalls? I’m worried you might actually believe the federal government will make things better in health care merely by getting involved in it, regardless of what it actually does—as if government is a magic wand that can fix anything if only we’ll wave it fast enough at the problem. And if you can’t show me you’re aware of the danger areas and unwise options for health care reform, then I’m left thinking you do believe government will improve things no matter what it does.

A big part of knowing how to succeed in anything is knowing what mistakes not to make. This is true in warfare, business, relationships, lawn care, whatever. Show me you understand the distinction between bad government involvement in a field and good government involvement in a field by telling me the health care changes government intervention must not make. I know you’re convinced the status quo is unacceptable, but please reassure me you understand there are ways the federal government could actually make things worse.

Second, since I believe government is so woefully capable of making things worse than they already are, I need some collateral to secure this loan of my faith in your program. Since I’m not yet convinced you and your idea are a good credit risk, I need something more than just sweet words and heartfelt promises. Here are my two requirements:

I need you to show me you believe in this plan so much that you’re willing to impose it upon yourself and all the members of Congress. The only possible reason not to sign up for it yourselves is that you’re only willing to risk my family’s health care, but not your own. (Ideally, I’d even love to see you try your program only on government employees for a year or two just to be sure you’ve got the kinks out of the thing before you enroll a few hundred million people.) You see, the rule of law requires that the people making the laws be subject to them. Otherwise their personal interest incentives are lost and all we have remaining to impede foolish lawmaking is trust in the nobility of our political class. Surely you can understand that I’m not quite that deep a believer in the overall virtuosity of those inside the beltway.

Even more important, I want some criteria so we can measure whether your system is working or failing after we try it out. And I want a guarantee that if these indicators aren’t being met, that your system will go away immediately. See, one of the great lessons this country learned from the war in Vietnam was to have clear, measurable objectives so we can know whether to persist with any endeavor after we’ve started it. If you’re so confident that your plan will make health care better in all sorts of particular ways, then it should be easy to provide a list of the specific numerical criteria we can refer to over the next two or three years to verify that it’s working properly or not.

Third, since I believe government should always be the solution of last resort, I want to know what sort of an exit strategy you have for the federal government regarding health care. Again, Vietnam taught us very clearly that we not only needed to know how to get into a major entanglement, but we also needed to know how to get out—both in defeat and in victory. You have repeatedly said that you don’t want to own a car company and you don’t want to own banks. I believe you.

I presume you think that the auto industry and banking are only temporarily troubled and will eventually become strong enough to stand on their own. In these two cases, you presumably view your interventions like a cast applied to a broken leg. The fracture needs time and protection to heal, but eventually the cast must come off. Based on your argument that the private sector will benefit from some honest competition, you clearly believe that private health insurance is an arena which must not simply disappear into the ocean of government. So, if you can lay out your plan for a government exit of the health care market once the adjustments and healing you think must take place have occurred, that would assure me you aren’t secretly intending to permanently nationalize one sixth of our country’s economy.

So these are my requests: They don’t cover all the issues raised in the course of the past few weeks, and I’ll probably have other questions along the way. But answering these three simple questions will make me much more willing to live with whatever plan you propose. I will know that you are aware of the dangers to be avoided in government intervention in health care. I will know that Congress must live under its own law and that measurable objectives will definitively show whether their plan is working. And I will know that you have a clear but temporary plan for getting our health care industry back on track. If you can answer these three requests, I might even be willing to forgive your suspicious haste in doing all of this. I understand the importance of timing in politics, and providing these assurances, I’m willing to believe you’re acting in haste for this reason rather than because you know that a thorough inspection of the house will reveal sagging ceilings and foundation cracks.

I am a conservative. I do fear big government. And I do like my health care. But I’m willing to take your health plan more seriously if you can answer these questions the right way.