Andrew Langer
|
Posted: Oct 29, 2019 4:30 PM
Share   Tweet
The opinions expressed by columnists are their own and do not necessarily represent the views of Townhall.com. 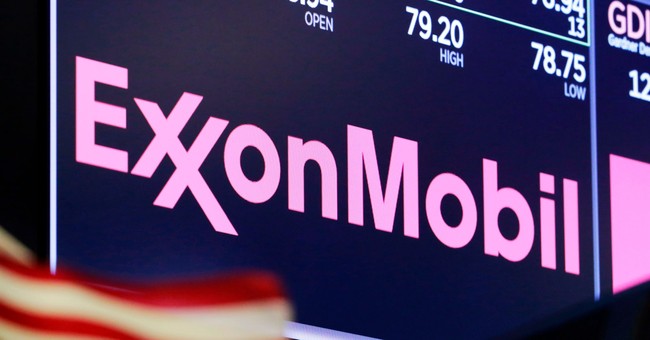 Falling leaves and a certain crispness in the air means one thing: the Fall carnival is close by. Except this week, the circus sideshow is taking place in a New York courtroom.

On October 23, state prosecutors began spelling out their arguments to New York Supreme Court Judge Barry Ostrager that ExxonMobil misrepresented to investors the company’s financial position on climate regulations. Investors recruited by New York attorney general’s office, for example, made their case that ExxonMobil told them one thing while saying something different internally.

But the trial, based on flimsy arguments and fearmongering, is already starting to collapse under the feet of Attorney General Letitia James. That’s because the case, from its origins with disgraced former Attorney General Eric Schneiderman, has been more about using prosecutorial power to grab headlines and chase a political agenda than about serving the public good.

The current sideshow before Judge Ostrager has a rich and sordid history, dating back to 2016 when environmental activists welcomed with glee the news that several state attorneys general at a press conference with Al Gore would target ExxonMobil with climate-related legal investigations. Rallying behind a cry that “#ExxonKnew,” these voices, bolstered by a left leaning media, echoed the charge that the company must have hidden for decades “key climate science” and misled investors about the company’s climate research.

Of course, despite the catchy hashtag, the actual evidence has borne out none of those allegations. At the moment, only two state attorneys general, those in Massachusetts and New York are still playing the role of Don Quixote in pursuing such lawsuits, with the case being heard by the New York court bearing little resemblance to the one initially laid out by Schniederman. The current case is essentially one about accounting, with prosecutors alleging that ExxonMobil used two sets of costs to anticipate the expenses of potential investments. But planners often consider different futures, meaning prosecutors have based a landmark case about alleged corporate deceit on what is basically an accounting nuance.

Those key flaws are just one reason a New York Post editorial recently called the effort “a case most notable for … how badly it has fizzled.” That’s also likely a reason that protestors outside the court on day one of the trial weren’t even sure what the case was about. Turns out the trial was about accounting, not climate change.

The case also hasn’t been helped by the witnesses presented by the prosecution. Natasha Lamb, director of research and shareholder engagement for Arjuna Capital, for example, was forced to admit that one of her two clients only holds stock in ExxonMobil for the purpose of lobbying the company on climate change issues. It was also brought to light that Lamb had published numerous opinion columns targeting ExxonMobil, revealing that she isn’t exactly an objective observer.

Michael Garland, assistant comptroller for corporate governance and responsible investment for the city of New York, didn’t fare much better. Under examination, he was forced to acknowledge that had never even read the “Managing Risk” or “Energy Outlook” reports that discussed proxy costs and had only heard the term when the New York attorney general’s office provided him a binder of materials in connection with this case.

Garland and Lamb were supposed to corroborate the attorney general’s allegations that Exxon violated defrauded investors, but cross examination showed them as nothing more than “ill-informed antagonists,” as reported by Law360. It turns out that investors like Garland were really just confused or ill-informed, not deceived, a tremendous distinction in a case that alleges outright fraud.

Under the weight of the truth, the New York’s case against ExxonMobil is starting to unravel at the seams. That’s because it was never constructed with the facts in hand or the truth in mind. It was a case built to push a private ideological agenda and to grab headlines on a hot button issue. And who really loses? It likely won’t be the chosen target, one of the world’s biggest energy providers, but the people of New York whose tax dollars have footed the bill for this sideshow. It’s time prosecutors folded up the tent and spent their time on better and more fruitful ventures.

Andrew Langer is the president for the Institute for Liberty.

Barack Obama Has Missing Records. When Will the FBI Ransack His House?
Townhall
Jonathan Turley finds Biden DOJ effort to circumvent a Trump commutation 'deeply concerning'
Twitchy
Liz Cheney Just Got the Endorsement She Needs (Try Not to Laugh Too Hard)
Redstate
Yes, They're Going to Arrest Donald Trump. Deal With It.
PJ Media