Parental Involvement: The Kryptonite to the Radical Transgender Agenda in Public Schools

Amy Haywood
|
Posted: Jun 24, 2019 12:01 AM
Share   Tweet
The opinions expressed by columnists are their own and do not necessarily represent the views of Townhall.com. 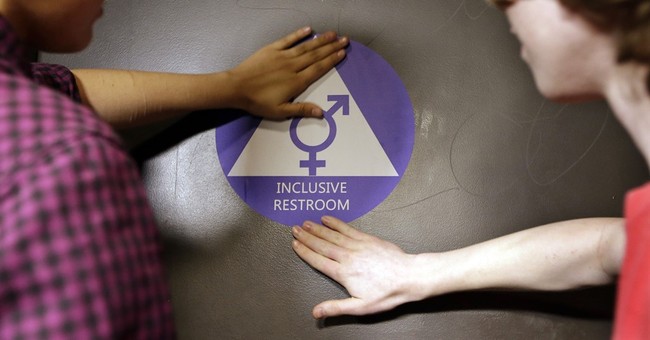 Across the nation, local school districts are pushing radical transgender education policies on public school children of all ages. Worse still, some policies even encourage teachers to hide a child’s gender transition from his parents. Three shocking examples from Texas, California, and Virginia show how it’s happening and what parents can do to stop it.

In 2016, Fort Worth Independent School District (FWISD) Superintendent Kent Scribner unilaterally imposed transgender guidelines on his entire school district in North Texas. The mandatory guidelines he approved—without a board vote or public comment—encouraged students and school personnel to keep transgender status secret from parents. After an outcry, Texas Lt. Gov. Dan Patrick asked Attorney General Ken Paxton to look into the matter, and his findings showed that Scribner had violated the law. As a result, FWISD modified its policy to align with state law. Incredibly, Scribner shamelessly remains in his post, making a base salary of $330,000.

Poway Unified School District (PUSD) in Southern California tends to be more conservative (by California standards), but in May of 2018, the PUSD school board unanimously approved Series 5000 California School Boards Association (CSBA) policy updates that included gender identity provisions. Video of the school board meeting and a review of the minutes show there was no discussion or debate on Board Policy 5145.31. Similarly, without public engagement, the superintendent adopted an accompanying Administrative Regulation 5145.32, Gender Identification, which could be used to allow a student to come out as transgender at school without a parent’s knowledge and could compel teachers to call a student by a pronoun inconsistent with his/her biological sex.

In California, local school boards can outsource policy updates to the CSBA, and proposed changes from CSBA are “mandate-driven;” therefore, staff has been known to recommend school boards adopt the suggested changes without public readings or comment. And in 2018, the CSBA, which counts 97% of all CA school districts and education offices as members, updated 134 sample district and board policies and board bylaws and produced full policy manuals for more than 65 school districts and county offices of education.

Thus, school boards all over California are outsourcing one of their main responsibilities—setting policy—to a politically-biased association that lobbies for controversial laws like Shirley Weber’s AB2601, which extends mandatory comprehensive sex education to charter schools. No wonder the transgender policy takeover has been so silent and swift throughout California.

Finally, two examples in Virginia. First, the “sex assigned at birth” debacle that progressive school board trustees rammed through Fairfax County Public Schools without so much as one scientific research study was bad enough, but the current controversy in full swing at Arlington Public Schools (APS) over adoption of a new policy shows utter contempt for parental opinion or participation.

In February 2019, Maria Keffler and another Arlington parent discovered by accident that a working group at APS was meeting to discuss transgender student policy. Upon further investigation that included Freedom of Information Act requests, parents learned there were ongoing meetings between APS and the Arlington Gender Identity Allies (AGIA) as they quietly worked to develop a Policy Implementation Procedure (PIP) for Transgender Students in Schools for the entire district. The policy will compel teachers to use students’ preferred pronouns and will have serious ramifications for girls’ sports and privacy, among other concerns.

Arlington Parent Coalition (APC), which formed in response to the aggressive and secretive tactics of APS, asked the superintendent, Dr. Patrick Murphy, to wait to implement these procedures; but supporters speaking at the June 18 school board meeting verbalized they would like to see this policy in place before the first day of school in the fall. APC’s petition to the superintendent and school board members specifically asks for “inclusion and equal treatment” and more time “to ensure due process and a transparent, fair, fully vetted (not one-sided) and un-biased policy that protects ALL APS students.” The petition noted that “APS has been meeting with the Arlington Gender Identity Allies (AGIA) since September but only giving the public from May 28th – June 11th to provide input….”

Superintendent Murphy finally met with APC on the morning of June 18, and at that evening’s school board meeting, he signaled a desire to incorporate APC into the remaining working group discussions. Additionally, one advisor noted they are removing the paragraph about keeping records secret from parents, one of the more offensive provisions.

One thing is clear: many local school district administrators and boards across the United States, egged on by their allies in the transgender movement, are counting on as little parental input as possible. Why? The activists and allies know the only way to achieve their goals is if parents don’t even know it’s happening. It’s time for parents to take charge. How, you ask? Start here.

Find out what your school district is doing. Find out if your board and administrators are implementing illegal policies and if so, challenge them in court. Find out if your local school board is relying on your state’s school board association or district staffers to incorporate policy changes without carefully vetting every word. Find out how your superintendent is implementing policies that the board passes.

Or, run for school board, join an advisory committee to the board, or support a candidate who will stand up for parental rights and policies rooted in evidence-based science. Parents who get involved get results. Those who do not will have only themselves to blame for what transpires. Let’s get moving.