John Bolton Is Good for the U.S. and Bad for Iran

Ambassador Adam Ereli
|
Posted: Apr 02, 2018 12:01 AM
Share   Tweet
The opinions expressed by columnists are their own and do not necessarily represent the views of Townhall.com. 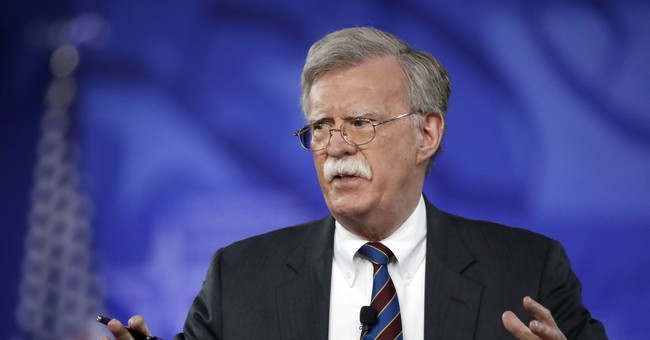 Judging by the rhetoric coming out of Tehran, John Bolton’s appointment as America’s National Security Advisor is the worst thing that ever happened.

The Chairman of the Iranian Parliament's Committee on National Security and Foreign Policy declared,  "The use of hardline elements against the Islamic Republic of Iran shows that the Americans seek to exert more pressure on Iran.”

First Vice President Eshaq Jahangiri opined, “They (US officials) are wrong to assume that the Iranian nation will give in to their threats against the Islamic Republic.”

The Fars News Agency, the mouthpiece of the Islamic Revolutionary Guard Corps (IRGC) editorialized, “Bolton advocates a foreign policy that exaggerates threats, belittles diplomacy, shows contempt for international institutions, and is quick to use violence… Bolton wants to shred the Iran nuclear deal and bomb Iran, whose policy has consistently favored stability…. Experts and policy-makers in Tehran see the Trump theater as no more than a bluff as the U.S. lacks the needed economic, political and military potentials and legitimacy to go for yet another adventurism in the world.”

Iran’s protests validate the wisdom of making John Bolton America’s National Security Advisor.  If Iran thinks he’s bad, he must be good.  One thing is certain:  the United States will no longer pursue a policy of appeasement toward the Islamic Republic of Iran.

Since 2008, U.S. policymakers have been bending over backwards to accommodate the mullahs in Tehran.  President Obama’s decision to withdraw U.S. forces from Iraq left that country at the mercy of Iran.  Obama’s capitulation in Syria allowed Iran (and Russia) to keep Assad in power and to wantonly massacre hundreds of thousands of Syrians with impunity.  The lifting of sanctions as part of the nuclear deal put $150 billion into the pockets of Iran’s leaders, which they have used to finance the terrorist depredations of the IRGC and to bankroll their proxies in Lebanon, Yemen and Bahrain.

Iran’s regional neighbors are not the only ones who have suffered from the revolutionary fervor of the Islamic Republic’s leaders. Iran is the most repressive country in the Middle East. It executes more of its citizens, per capita, than any other country in the world. Ninety percent of all executions throughout the Middle East take place in Iran. The recent uprisings in over 140 cities throughout Iran show that the people are sick to death of this theocratic dictatorship. They long for freedom, justice, democracy and the rule of law.

Whatever flaws one might ascribe to John Bolton, inconsistency is not among them.  He has been advocating a tough policy toward Tehran for the past two decades.  Struan Stevenson, a former member of the European Parliament from Scotland, put it best when he wrote of Bolton’s appointment: “Chamberlain’s policy encouraged Hitler to go to war.  Obama’s Iran policy encouraged the regime to export its terrorism and meddling in the region.  There is only one way to stop the current conflicts and wars in the region:  adopting a firm line with the Iranian regime and supporting the popular uprising for a democratic change in Iran.”

With John Bolton, America finally has a senior official who will translate these wise words into action.

Support for opposition political movements is not a crime, and the United States has a long history of helping the victims of political persecution.  Over the course of four months, during the summer of 1988, the Iranian regime executed an estimated 30,000 men, women and juveniles who had been imprisoned for their affiliation with MEK.  During Operation Enduring Freedom in Iraq, the U.S. Government pursued a policy of protecting MEK members there from attack by Iranian-affiliated forces.

On at least two issues, there should be no doubt:  accommodating the Iranian regime will not bring peace to the region and the people of Iran want change.  With John Bolton at the helm of the National Security Council, there is at last a glimmer of hope that the period of appeasement is over and that the mullahs’ days are numbered.

Mr. Ereli was the U.S. Ambassador to Bahrain and Deputy State Department Spokesperson during the George W. Bush administration.