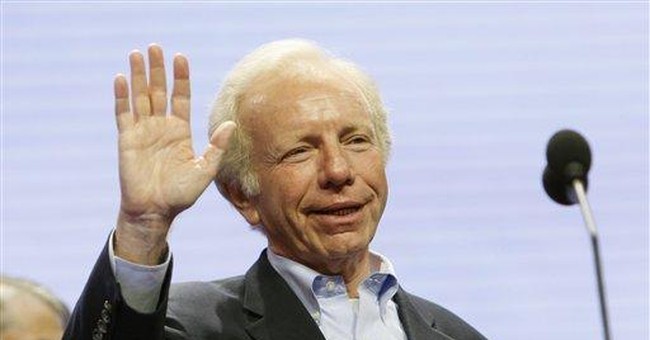 “We certainly would welcome him,” McConnell said. “He would be out of sync with most of our members on domestic issues, but frankly we have other members who are.”

“He is the last Scoop Jackson Democrat,” McConnell added.

Lieberman addressed the Republican National Convention on Tuesday night and asked Democrats and Independents to vote for his longtime friend John McCain in November.

At the convention Lieberman said, "I want to speak directly to my fellow Democrats and Independents who are watching."

"You may be thinking of voting for John McCain but you're not sure," he said. "Some of you have never voted for a Republican before and in an ordinary election, you probably wouldn't. But this is no ordinary election, because these are not ordinary times, and John McCain is no ordinary candidate. You may not agree with John McCain on every issue. But you can always count on him to be straight with you about where he stands, and to stand for what he thinks is right regardless of politics."