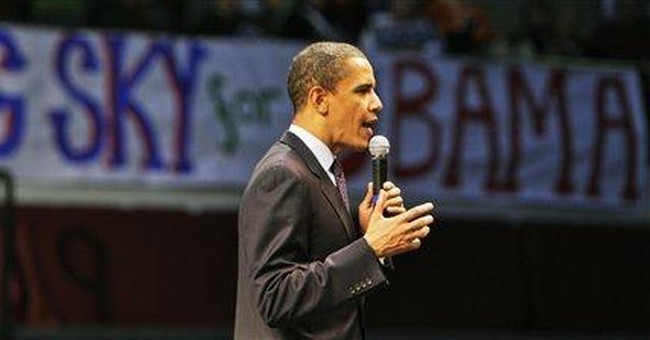 The Democratic National Committee is cheering their decision to “throw open the doors” of their nominating convention and permit more than 75,000 people to attend Barack Obama’s acceptance speech.

“Senator Obama does not look at this as his convention, it is America’s convention,” DNC Chairman Howard Dean told reporters in a conference call early Monday afternoon.

Obama’s acceptance speech was originally scheduled to occur at Denver’s Pepsi Center which could seat roughly 19,000 people. Over the 4th of July weekend the Obama campaign decision began to consider changing the venue to Denver’s Invesco Field in order to allow more people to witness what is being billed as yet another historic speech by Obama.

Members of the media were quick to compare the Invesco Field location to the Los Angeles Memorial Coliseum, where John F. Kenney delivered his 1960 acceptance speech.

“As soon as Senator Obama suggested this we embraced it,” Dean said. He would not say how much more Invesco Field, which houses the Denver Broncos, would cost the DNC to rent but noted all other convention events and activities will be held at Pepsi Center as planned. Only Obama’s acceptance speech will be held at Invesco Field.

Judging from the massive crowds Obama drew during the Democratic primary he is certainly capable of filling the arena. Last May, Obama assembled a stunning crowd of nearly 75,000 in Portland, Oregon.

Obama’s GOP opposition, at least in public, appeared undeterred by the Democrats’ excitement. Carly Fiorina, chairwoman of the Republican Victory 2008 committee, told reporters at a breakfast meeting in Washington D.C. that “it isn’t much of a dialogue to have a speech in a stadium of 70,000 people.”

Throughout the campaign, McCain has prided himself to connect with voters in intimate, town hall settings rather than his ability to deliver the type of soaring speeches Obama has become known for delivering.

Fiorina added it would be a “disastrous mistake” for McCain to try to mimic Obama’s speaking style.