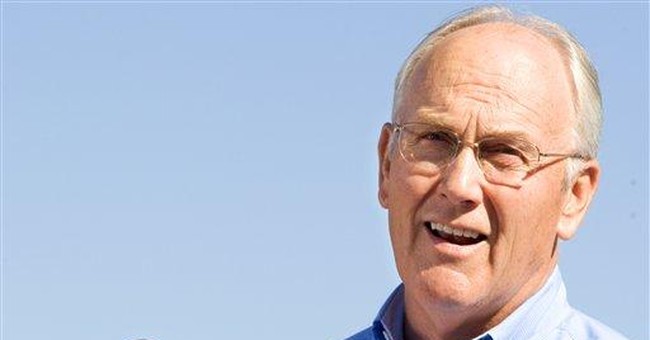 The six-member Senate Ethics Committee issued a public letter of admonishment to Republican Sen. Larry Craig (Idaho) for engaging in improper conduct in the bathroom of a Minnesota airport last summer.

Craig was arrested on June 11 because, police have charged, Craig extended an invitation for sex through various signals to an undercover police officer in a public bathroom. Craig pled guilty to the charges, but later claimed he was misunderstood.

The Ethics Committee said they believed his initial guilty plea was made “knowingly, voluntarily and intelligently.”

“We consider your attempt to withdraw your guilty plea to be an attempt to evade the legal consequences of an action freely undertaken by you” said the letter to Craig that was signed by Sens. Barbara Boxer (D.-Calif.), John Cornyn (R.-Tex.), Johnny Isakson (R.-Ga.), Mark Pryor (D.-Ark.), Pat Roberts (R.-Kans.) and Ken Salazar (D.-Colo.).

Their letter also criticized Craig for using campaign contributions, more than $213,000, to pay for legal expenses for this incident.

Craig emailed a statement to the Associated Press that said, “While I am disappointed and strongly disagree with the conclusions reached by the Senate Ethics Committee, from the outset I have encouraged the committee to act in a timely fashion and they have done so. I will continue to serve the people of Idaho.”

When this story broke, Craig told the press that he intended to resign by September 30 of last year. He now says he will serve until his term expires in January 2009.