As a Global Leader, America Should Ditch the Export-Import Bank 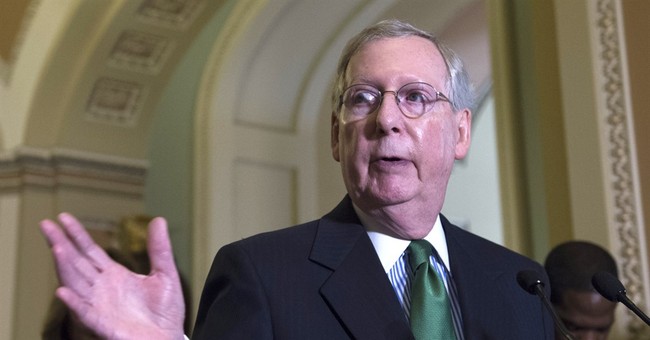 The Senate Majority Leader used the same parliamentary tricks that he despised when the Democrats were in the majority, which might have been defensible if he were doing something laudable like reforming entitlements or lowering the deficit. Instead, the Senate Majority Leader used the strong-arm parliamentary tactics to promote crony capitalism at the expense of taxpayers. The highway bill, with the Export-Import Bank amendment attached, will now head over to the House of Representatives. We don’t endorse or oppose specific pieces of legislation, but we hope House leaders will recognize bad economic policy when they see it.

As I’ve explained before, America should ditch the Export-Import Bank. It duplicates private venture capital activities that the private lending industry should be doing. Worse yet, the Export-Import Bank has an unfair advantage over the private lending industry because it can artificially lower credit prices by shifting the cost of credit risk to the American taxpayer.

By offering credit that is less expensive than what is available in the marketplace, the Export-Import Bank allows businesses to profit at the expense of taxpayers, making it little more than a form of corporate welfare. That type of corporate welfare wouldn’t seem so bad if we were helping American small businesses. However, more than three-quarters of Export-Import Bank assistance goes to just a handful of big businesses, like Boeing, General Electric and Caterpillar.

Furthermore, the Export-Import Bank is perverse foreign aid. It encourages foreign countries to delay or avoid needed anti-corruption and other financial reforms, relying instead on the generosity of American taxpayers. In some foreign countries, credit risks are much higher because of weak private property laws and corrupt economic policies. Foreign governments should be working to create better investment environments to attract their own investment capital, instead of relying on the Export-Import Bank.

In addition to these and other arguments, I add one more reason not to reauthorize the Export-Import Bank: As a global economic leader, America should promote free markets based on sound economic principles to grow our manufacturing sector and trade with other nations, instead of promoting a worldwide system of trade that relies on the corrupt underpinnings of the Export-Import Bank.

America’s leadership and influence throughout the world is felt primarily through our economic might, fueled by a free economy, and backed by the strongest military on the planet. Our free-market economy, blessed with vast resources and largely unencumbered by government restrictions and regulations, was the envy of the world throughout the 19th and 20th centuries. Pro-growth policies like low taxes, free trade and minimal regulation allowed U.S. manufacturers to grow and flourish in the United States and export their products throughout the world.

However, because other countries do not always rely on the strength of free markets, they create export credit agencies to make their own exports more attractive to international customers. These foreign export credit agencies redistribute the wealth of their citizens, artificially distort capital investment, and bend job creation toward government favorites.

The Export-Import Bank was ostensibly created to support America’s strong manufacturing sector and promote free trade. However, like so many misguided government departments and agencies, the Export-Import Bank has become little more than a corporate welfare program to compete against other corrupt export credit agencies throughout the world, a roadblock to American ingenuity and entrepreneurship. The Export-Import Bank doesn’t help U.S. manufacturing and trade as much as it simply participates in this worldwide racket of corruption and bad economics.

Supporters of the Export-Import Bank make a case in favor of this 80-year-old New Deal program, saying that our global leadership depends on a strong manufacturing sector that exports goods and services throughout the world. It is true that our leadership in the world largely depends on strong manufacturing and trade. But America is a global leader in spite of the Export-Import Bank, not because of it.

As a world leader, the United States should lead. Instead of participating in a corrupt system where governments pick winners and losers, the United States should ditch the Export-Import Bank and lead the world to a better system of free trade, low taxes and minimal regulation. Unfortunately, the Senate’s recent passage of the Export-Import Bank amendment signals that this probably isn’t going to happen anytime soon.