Allen Usry
|
Posted: Dec 18, 2018 12:01 AM
Share   Tweet
The opinions expressed by columnists are their own and do not necessarily represent the views of Townhall.com. 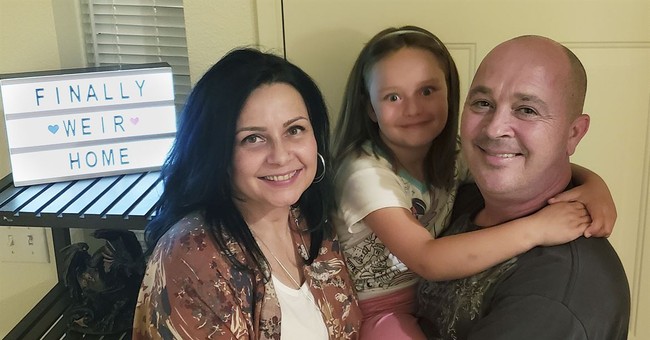 The U.S. economy – at least in certain markets – is booming like it hasn’t boomed in two decades. Unemployment is at a record low. Consumer confidence is up. Retailers have their fingers crossed for robust holiday spending.

This buoyant mood must translate into increased holiday spending for military families, right? Surely, the people who sacrifice the most for us share in America’s renewed holiday spirit, right?

Unfortunately, that does not seem to be the case. One of the concerning contributing factors is that credit card debt is on the rise, with military family debt increasing at the same time the cost to borrow is growing.

Why? Because their income has not kept pace with out-of-pocket expenses. The survey shows that 63 percent of military families say they have less income due to increased living costs – more than double the folks who volunteered as much last year. Nearly one in five say that their spouses had their pay or hours cut this past year – triple the total of a year ago.

The anxiety about their future cuts deep. Fully 14 percent of military families worry about the stability of their military future – double the number from 2016. The latest data suggests that the children of military families will change schools roughly six to nine times during their childhoods, a rate three times greater than non-military school kids. That reality alone makes military service challenging for many families; when coupled with financial worries, it makes it almost untenable.

The solutions to such vexing problems – substantially increased military pay, better benefits, greater compensation for constant moves, et al. – cannot be resolved between now and the new year. Those are long-term matters to be debated in Congress and the executive branch.

What we can do, however, is study the consumer behavior of our military families during the holidays and figure out ways to ease their financial burden. Military members and spouses will tell you that every little bit helps – and that several “little bits” add up to a lot.

Nearly seven in ten military families this holiday season will be shopping online – up 25 percent over the number a year ago. About one-third plan to shop the stores this year, an 11 percent decline from 2017. Nearly half – 47 percent – will be putting holiday expenditures on credit cards, which means that if interest rates go up again as expected, the “hidden cost” for many military families could be $500 a year or more, a tough situation for families struggling to make ends meet.

Six in ten military families will stay home during the holiday or travel less than 100 miles to be with friends or family. Less than one in four will travel more than 500 miles – a reflection, no doubt, of families’ pocketbook concerns this year.

What can we do to say “thank you” to military families – the men, women, and children who sacrifice so much for us every day? Corporations and charities have been generous in recent years in ramping up special programs for active duty- and retired-military and their families. But much more needs to be done.

Online and traditional retailers can offer greater discounts – and do a better job of spotlighting them. How? By working with their local USOs and veterans, business, and civic organizations to publicize the discounts and making it as easy as possible for military members and spouses to shop. To learn more about the 2018 Military Holiday Survey results, including an infographic and access to an overview blog – as well as learn information about how military families can stretch their holiday dollars – visit www.HolidaySpendingPlanner.org.

Most importantly, if you happen to bump into active-duty servicepeople this holiday season, give them a gift you’ll both remember: look them in the eye, shake their hand, and thank them for their service and sacrifice!