Conservatives Must Wake Up And Fight Back Against Woke Corporations

Alex Bruesewitz
|
Posted: Apr 07, 2021 9:00 AM
Share   Tweet
The opinions expressed by columnists are their own and do not necessarily represent the views of Townhall.com. 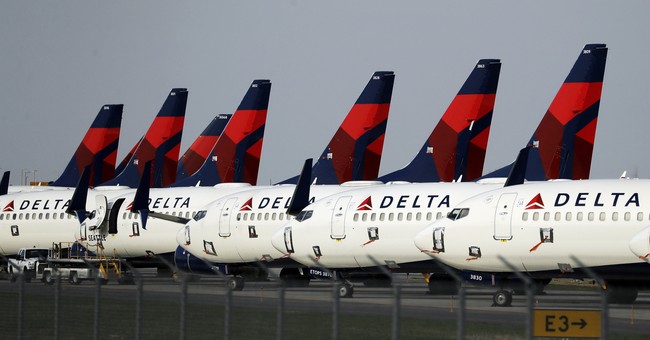 Last week, Major League Baseball announced it would be relocating its All-Star Game from Atlanta following the passage of Georgia’s Election Integrity Act. In an effort to rationalize this ridiculous move, Rob Manfred, Commissioner of the League, said “Major League Baseball fundamentally supports voting rights for all Americans and opposes restrictions to the ballot box.” His statement made clear one of two things: he either never bothered to read the bill, or he is intentionally misleading his fans and the public to appease the woke mob.

This absurd boycott from MLB, which will cost Georgia’s economy an estimated $100 million, came at the direction of liberal leaders like Stacey Abrams – who demanded the private sector take punitive action against Georgia for its new “voter suppression” law. In an unprecedented attack, Joe Biden even personally called on the MLB to take its business elsewhere – and teach Georgia’s businesses, communities, and families a lesson. The irony in all of this is that the majority of the $100 million lost will harm minority small business owners and employees who are struggling—and are desperately depending on the revenue boost from the game.

Calling Georgia’s Election Integrity Act “Jim Crow 2.0” is a slap in the face to those who suffered and struggled for the right to vote. Especially when you consider that this legislation actually makes it easier to vote. The Election Integrity Act expanded early voting to 17 days, made ballot drop boxes legal and secure, abolished the subjective “signature match” process for absentee ballots, and made important reforms to reduce long lines and ensure accurate vote counts. In recent days, most news outlets have actually retracted their false claims about the law after recognizing that they were nothing more than Democrat talking points. But nonetheless, woke corporations like Coca-Cola, Delta, and yes—Major League Baseball—couldn’t let the facts get in the way of their woke guilt and pressure from the Left.

The events in Georgia should be a cautionary tale of cancel culture for the rest of the nation – and a sign of what is to come for every conservative if the woke mob is not handily defeated. The far-Left, liberal media, and Big Tech have formed an unbreakable alliance. They are no longer bound by the constraints of reality or truth. They seek to silence conservatives and reshape the nation to fit their radical vision for America. And their mob tactics will not stop with large corporations; every American community, family, and business is now a target.

Conservatives are in danger – and the liberal mob is more emboldened than ever before. That’s why it’s time for Republicans across this nation to take off the gloves and start taking the fight to the far-Left and beating them at their own game.

We must start by boycotting those corporations – and individuals – who cave to the demands of the woke mob. Regurgitating liberal talking points and feeding the cycle of lies should not be rewarded. Robbing states of multi-million-dollar revenues should not be applauded. And conservatives should not patron those who align themselves with the radical agenda of the far-Left.

We must also stop supporting the “Republicans” who either support the efforts of radical Democrats and woke corporations—or do nothing to stop them. In the battle for the heart of this nation, there is no room for conservative leaders who aid and abet liberals and their allies. Every elected official should emphatically condemn the mob tactics of the far-Left, stop taking money from their corporate allies, and commit to doing whatever it takes to protect our values.

Conservative America can’t use the office of the presidency or dark money interest groups to fight back. We can’t rely on social media and we can’t look to news organizations for help. But we can rely on our collective strength and shared belief in America – and our desire to protect everything that has made her great for over 200 years. Now is the moment for Republicans across the country to reject the will of the far-Left and protect what is right. Together, conservative America will take a stand against cancel culture and put an end to the radical mob.