A Bad Month for Children 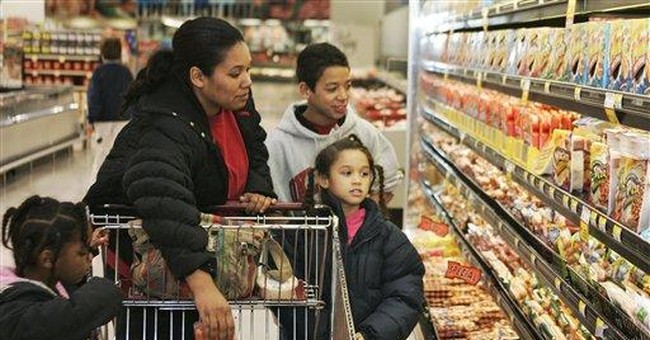 By almost any measurement, January wasn’t a very good month for children. As much as activists and politicians love to repeat the mantra that “children are our future,” the hard truth is that they seek to use all three branches of government to aggressively corrupt, corrode, and curtail that future for the next generation – the born and the unborn, within and beyond the borders of these increasingly less United States.

The latest loss for children comes, not unpredictably, disguised as a win for the American Civil Liberties Union in its preferred forum – the courts. ACLU attorneys were among the few celebrating Jan. 21 when the Supreme Court declined review on the efficacy of COPA, the Children’s Online Protection Act passed in 1998. Engulfed almost immediately by lawsuits, the law was never enforced, and for more than a decade has been winding its torturous way through the appellate process.

Foes of COPA, led by the ACLU, protested that the law’s restrictions placed an undue burden on adults who seek access to Internet pornography – in other words, an unfair infringement on the rights of those who cater to the lowest animal instincts of our society at the expense of our children. The ACLU does not care if the innocence of countless five- or seven- or 10-year-olds is destroyed by exposure to explicit sexual scenes. The important thing is that satyrs can have 24-hour-a-day access to their pornographic fix, without even having to go look for it.

Understand: COPA was a very minimal restriction, designed to block explicit teaser photos and video clips on Web pages that any child can access. It only required pornographic Web sites to screen out children by the use of credit card, adult access codes, or other “reasonable measures.”

Doesn’t that seem reasonable? Isn’t such token regulation worthwhile, for the sake of not searing a child’s still-impressionable, still-forming mind with sexual imagery beyond his comprehension and experience?

No, says the ACLU. The lusts and misogynistic impulses of adults must ever take precedence over the vulnerabilities of our children, and even over this act, passed by overwhelming numbers in Congress.

But then, it was Nancy Pelosi, majority leader of the U.S. Senate – who last month announced that one of the best things we could do for our nation’s struggling economy is to support those portions of a new economic stimulus package that give tax-breaks and other incentives to “family planning services.”

“Part of what we do for children’s health, education, and some of those elements are to help the states meet their financial needs,” she said, and “contraception will reduce costs to the states and to the federal government.” In other words, sometimes the best thing you can do for children is to kill them before they’re even born.

Fortunately, this particularly pernicious provision is no longer part of the bill, though $335 million for “STD prevention education” still is.

Not to be outdone, the White House Web site hurried to announce – even while President Obama was still taking the oath of office – the Executive Branch’s sweeping support for the anti-children demands of the homosexual legal agenda, including same-sex adoptions.

Because same-sex adoptions, by definition, permanently remove either a father or a mother from the essential equation for a child’s healthy social and emotional development, they are a less-than-ideal foundation for family life. Government, insofar as it intrudes on family life at all, should do so with a child’s best interests at heart…and anything less than the ideal is, by definition, not best.

But, again, this isn’t about the needs of children. This is about the desires of a vocal minority of adults, who want to make self-destructive choices for their sexual behavior and to take our nation’s children down that same path with them. Studies consistently show same-sex relationships to be unstable, short-lived, and plagued by infidelity…none of which is conducive to a healthy, stable home life for already vulnerable children.

Yet the new administration has declared its allegiance to those who vote the homosexual agenda, not to the best interests of children – interests nullified, apparently, by the youngsters’ inability to cast a ballot in their own defense.

Yes, these are grim days for children in our society, but give the administration this: it’s not limiting its persecution to the children of America.

Just one day after hundreds of thousands of Americans swelled the streets of Washington, D.C., to declare their allegiance to the protection of life from the moment of conception, President Obama issued an executive order freeing U.S. taxpayer monies to be given to Planned Parenthood and others to fund abortions that will take the lives of children all over the world.

Guess he finally figured out his pay grade.