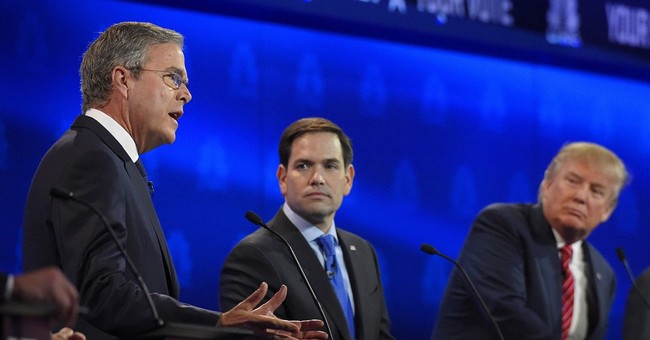 The entire gun-owning community in America—all 100 million of them—desperately wants to know where the candidates stand on gun issues and the freedom that represents. OK, maybe it's only 80 million folks; let's not quibble over petty details. These one-issue voters can swing the election. Guns matter.

We know where the Democrats stand. They want flat-out gun bans. Barack has insisted on it, and Hillary loudly proclaimed the same thing—they seek gun laws like Australia, and for this they got wild cheers from their supporters. Australia banned guns, and forced their citizens to "sell" them. To the government. For destruction. Our liberal democratic friends think we should be like Australia, because we are like Australia. Except we're not. This proves liberalism is a mental disorder. Just consider the facts.

Australia has only 23 million people, but we have 320 million. The Aussies have about five major cities. Our major cities, if you just count down the top 50, ends with tiny bergs like Boston and Atlanta. Australia is 92% white, 7% Asian, with no hint of a black-lives-matter multiculturalism diversity problem. Us, well, you know (am I even allowed to mention that?). They were founded as a prison colony. We were founded as the bastion of freedom on Earth, and we still are. We're not anything alike. No one challenged Hillary on this in the media love fest that passed for a democrat's presidential debate.

So Democrats want gun bans. Where do the Republicans stand? In the 3rd Republican presidential debate, we got one trap question on the subject to Donald Trump, who didn't know how to handle it. They asked about his carry permit.

The fact that multi-billionaire Trump was able to get a firearm permit in a land (New York City) that virtually will not issue a permit for the exercise of fundamental human and civil rights is an affront to all Americans, and he should have said so. How dare the authorities behave in such a discriminatory and elitist manner, denying rights to everyone who isn't politically and financially connected? Those "officials" should be jailed. They defy everything America stands for. The reporters hooked the poor candidate and reeled him in. He needs better coaching.

That opening on this crucial subject could have allowed Trump to explore the entire fabric of the right to stay alive when confronted by evil. It could have, had he been well informed and properly prepared. Disregard their insidious attacks on how he runs his office complexes. Open the issue of balance of power between the government and the public—the core purpose of the Second Amendment. Explore the full range of guns saving lives, deterring crime and doing good, which the media perpetually hides—despite constant social utility of an armed public.

You have no obligation to publicly discuss when and how you arm yourself, and in fact your strategic and logical needs are exactly the opposite, but Trump got suckered into doing just that. It is nobody's business if you are armed, what you carry, or when or how you are armed.

The prejudiced reporters, exhibiting fear and virtually no understanding of the right to keep and bear arms, drove down that road at high speed and caught poor Donald in their headlights, and he reacted like a startled deer. They put him on the defensive, and the moment when the world could have learned where Republicans stand on this vital issue was lost.

It is telling that no other candidates chose to jump in at this point, to either save Donald, or save or sink themselves. The reporters swung too much mojo. A few of the ten up there are known to have sound positions on the preservation of firearms ownership. Others are known to revile the right to keep and bear arms, and have covered themselves with a false veneer of support for gun rights, with the classic, "I support the Second Amendment, but..." verbiage, which true gun-rights advocates recognize immediately as wolves in sheep's clothing.

Even the notion of permits for the exercise of a fundamental right is wide open to attack on multiple grounds. Would reporters themselves accept a permit scheme before they could exercise their craft? Get on a government registry, take a few tests, pay a tax called a "fee," get a mandatory wallet card with an expiration date... why would an honest reporter object? Why indeed.

The knee-jerk response of course is that words don't kill people, but that's so ignorant it almost demands official approval before a person get access to the airwaves or a newspaper's pages. Karl Marx's manifesto (not to mention religious documents) are responsible for more deaths and horror than every gun ever held by every criminal in our nation's history. But I digress.

I can't in good faith support permits for the exercise of any rights, and you shouldn't either. Write to us, we'll cover that later.

As a matter of policy I don't support or oppose candidates, but as the Uninvited Ombudsman, I routinely evaluate the so-called "news" media's performance. On this quintessential issue of the Second Amendment, to the extent it got covered at all during the 3rd presidential debate, CNBC earned an F minus.

They only asked one candidate about firearms despite its universal relevance, whether you are from the gun-cherishing or gun-hating camp. The questions bore extreme bias. The simple fact remains that the other Clinton—the one who already controlled the White House—attributed guns to the wholesale turnover of the House of Representatives (while his gun-banning wife was only First Lady). It makes the omission all the more stunning.

It's hard to imagine how reporters could get much worse than that, but I have little doubt they may. After all, as Republicans pointed out to enormous positive response, they are the de facto superPAC for Hillary.
Brian Laundrie Now Missing After Being Named a 'Person of Interest' in Fiancé Gabby Petito's Disappearance
Landon Mion
A New Poll Shows McAuliffe and Youngkin in Tight Race for Virginia Governor
Madeline Leesman
GOP Reps Demand More Briefings on Afghanistan: ‘This Withdrawal Has Been An Unmitigated Disaster'
Madeline Leesman
House Dem Campaign Chair: We Need to Stop Mentioning This $3.5 Trillion Welfare Bill We Want to Pass
Matt Vespa
96 Percent of Kentucky School Boards Vote to Retain Mask Mandates
Landon Mion
In These Districts, Joe Biden Is Becoming Radioactive
Matt Vespa