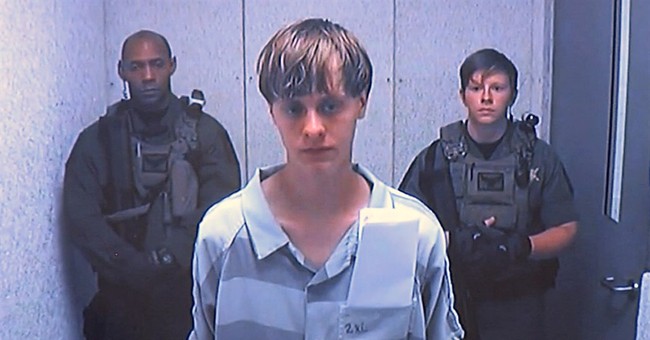 My anti-gun-rights friends -- you don’t seem to understand that crimes and atrocities committed by madmen are not valid grounds for infringing on the general public’s right to bear arms -- a fundamental freedom. This is why you meet the constant resistance that befuddles and frustrates you.

You seem to believe just the opposite. You think the murderous actions of psychopaths should motivate legislation. Proper reflection, while not under duress, is how you go about rationally solving real problems.

Here’s what matters -- outbursts, not round bursts.

Why are people suddenly acting out in homicidal frenzy? They never used to. That’s the question. Is it because editors here might own a gun... or many? Of course not. Is it because all of us do? Preposterous. Is it thanks to owning that property without a massive government list of us all? Absurd. None of the older outbursts the media harps on -- every single time a new one erupts -- is related in any way to the public’s arms. Blaming us for that is immoral, infuriating and just plain wrong.

You compound the difficulty with a logic error, desperati appelare, appeal to desperation, that goes by many names, commonly, “we have to do something.” We must do the right thing, not something.

This is why you meet such adamant resistance from the majority of the public -- not some mysterious “pow’ful gun lobby” as you seem to think. There is no common sense about the numerous proposals your leaders promote to you, which you then adopt as your own. You will accomplish more when you understand that.

We would like to accomplish more with you. Please don’t hate me for saying this: anti-gun bigotry unfortunately clouds your thinking, that’s all. Gun owners want solutions with the same fervor you do. Atrocities are atrocious and harm everyone. Yes, the frequency is appalling, but why now? The Second Amendment has always been here. Don’t get me started on where cultural sewage and morality trashing originates.

Proposals that hamper gun owners and the general public, instead of addressing crime and the root causes for homicidal outbursts makes gun-controller advocates like you look like fools, or worse, bigots, and increase the resistance you face. You don’t see this, and are constantly frustrated. My heart goes out to you. When you increase your efforts in desperate attempts to get anything at all done you appear more deceitful and resistance to you redoubles. That’s a bad thing -- you hurt us all.

Your Leaders Are Lying To You

It might be one thing if your leaders actually proposed the bills they promote to you and on TV. The truth is the actual bills are so far from what they tell you it’s despicable. You would run them out of office if you knew the level of deceit they foist on the public.

1. John McCain’s bill to close the so-called gun-show loophole for example, would have closed down gun shows altogether. I read this bill, that’s what it proposed. Nobody should stand for a U.S. senator obliterating the right to peaceably assemble. Promoting it under false pretenses just makes his side (your side) look bad. When I asked him about this in public, he gave the distinct impression he didn’t know what was in his own bill.

Someone likely drafted the mind-numbing legalese for him (we know our “representatives” don’t read the bills, should we assume they write them?), and sent him on his way with talking points about common-sense background loopholes. Confronted with the fact that no one could run a gun show if his bill passed, he hemmed, hawed and changed the subject. Of course the bill died. Hard. Subsequent congressional laments were crocodile tears and ignorance. It’s plainly analyzed here. http://www.gunlaws.com/GunShows/index.htm

2. Dianne Feinstein’s so-called assault-weapon ban–just a common-sense bill to save children­–turned out to be a worse subterfuge, if that’s even possible. In a roundabout way, spread over a dozen pages, it defined assault weapons as firearms with grips. I kid you not. There’s a bit more to it, but not much, I don’t want to bore you with details. Read it if you care. http://www.gunlaws.com/FeinsteinGunBanBillAnalysis.htm

Well, I have to, a little. The deceit in this bill is legendary, real evil craftsmanship. People focused on and argued over a nearly 100-page list of banned guns. On page 2 however, semi-auto firearms with a pistol grip were banned just by definition. Then on page 13, the law says pistol grip includes anything “that can function as a grip.” Do you get it? The long list of guns barely matters! Virtually all semi-autos are banned. All guns have grips! I’m not making this up. What can you expect when psychopaths are the reason for drafting? Her bill had some glaring omissions too, like criminals, or criminal activity.

3. Manchin-Toomey, more of the same. A full-blown federal gun-registration scheme -- implement a list of every innocent American gun owner in the name of crime control -- but sell it as simple common-sense background loopholes. Sorry, but I read these things, and they repeat themselves. The Fifth Amendment, by the way, prohibits listing armed criminals (who you could just arrest if known).

This is why you’re met with indignant furor and nothing gets done. This is why, from the man currently in the White House to the woman who wants that seat and those who support their anti-rights position; you are looked down upon. This is why when you’re literally dancing in the blood of helpless innocent victims, cut down in their prime, you are scorned.

From that insensitive immoral place you come after my fellow and me decent upstanding Americans, with a self-righteous, but more importantly dangerous intention of disarming everyone who didn’t do anything. You don’t need gun control; you need help.

To my aggressively anti-gun-rights friends, you might consider seeking treatment for the rampant condition the medical community doesn’t want to recognize, hoplophobia, morbid fear of guns. Your reactions, just based on evidence, do smack of irrationality. Will you keep trying the same old same old, or start listening? People who own guns have great ideas for improving things -- starting with education. “Take teachers to the range.” It’s Simple common sense.

Your leaders perpetually lie to you:

“The Brady bill will make the streets of America so safe

that our nation’s police will not even need to carry guns anymore.”

William Jefferson Clinton, on TV, while signing the Brady bill in 1993,

After note: The Brady bill, promoted as a handgun law, had a non-promoted clause that now controls all rifles and shotguns, enacted by deception. Remember, It was promoted as a five-day waiting-period. But it has no such thing, another deception, emblematic of how gun controllers operate. Waiting periods, promoted as the holy grail of the movement a few short years ago have been all but abandoned -- when it became obvious that psychos and killers who get guns after a nice soothing cooling-off period couldn’t exactly be trusted for the next thirty years. We’ll barely need police after this one passes -- there’s the gun-control movement in a nut.