Adam Weiss
|
Posted: Mar 31, 2021 12:01 AM
Share   Tweet
The opinions expressed by columnists are their own and do not necessarily represent the views of Townhall.com. 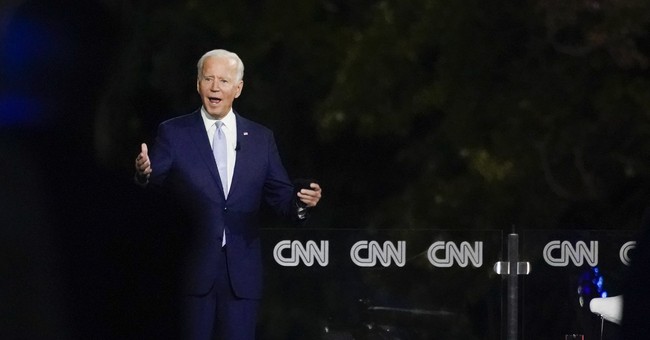 For the last five years, the liberal media has had America gripping the edges of their seats as they played a stunning horror movie across viewers' screens.

Russians controlling our government, a mad man with the nuclear launch codes, roving gangs of white supremacists influencing our politicians — this movie had it all.

Unfortunately for those who made names for themselves writing this stunning work of fiction, the movie has ended and people are leaving the theater.

Donald Trump is no longer our president and it has left these horror writers without a lead character to keep people tuned in.

Even the Washington Post noted that “barely two months into the post-Trump era, news outlets are indeed losing much of the audience and readership they gained during his chaotic presidency. In other words, journalism’s Trump bump may be giving way to a slump.”

The newspaper, which debased itself to credibility closer to a tabloid during the Trump administration, admitted in the article that they have also lost many readers. They no longer know how to do interesting reporting without a villain they can attack.

Of course, the media could do some actual reporting on the Biden administration for a sequel to their wildly successful horror movie. There is already a built in wild cast of characters that they wouldn’t even need to embellish to shock their audiences. A crack addicted son working with the Chinese government who has a penchant for taking photos of himself in compromising positions. A biological male who identifies as female picked for Assistant Health Secretary while advocating for sex changes for children, essentially mutilating their little bodies. A president who never seems to know where he is or how he got there. A maniacal seeming vice president who laughs when confronted about the border crisis. The list can go on and on.

They can’t and won’t do it though. They would have to admit that they were wrong after going from journalists to what instead should have been considered the Public Relations arm of the Biden campaign.

They have tried to create stand-in villains using people like Congresswoman Marjorie Taylor Greene or Fox News host Tucker Carlson, but their fake outrage and fear peddling about these two just doesn’t seem to fill the metaphorical seats the way that the president of the United States did.

Instead, Americans are waking up and realizing that the media has been selling them lies. Biden still has “kids in cages.” They did not get their $2,000 checks while corporations were sent bailouts. All the sparkly things the liberal media promised them if they went and voted Biden have not come to fruition.

Essentially, the media tanked their credibility to temporarily boost their ratings for four years. They have nobody to thank, but themselves.