A Nuclear Deal at Any Cost

Adam Turner
|
Posted: Mar 31, 2022 12:01 AM
Share   Tweet
The opinions expressed by columnists are their own and do not necessarily represent the views of Townhall.com. 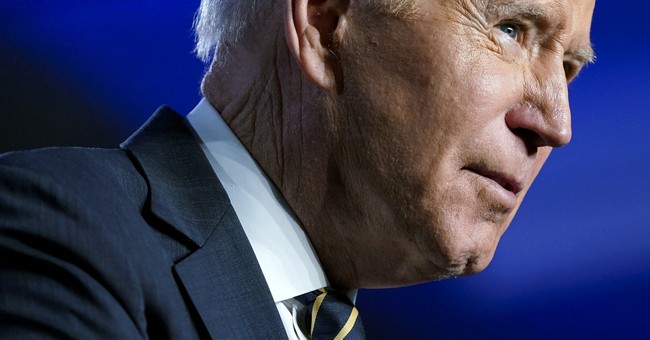 The recently-released Immigration and Customs Enforcement (ICE) Annual 2021 Report disclosed that ICE “significantly disrupted IRGC (Islamic Revolutionary Guards Corps) and QF (Quds Force) funding through the sale of Iranian crude oil, resulting in the seizure of 2.6 million barrels of IRGC-QF fuel and crude oil, $64 million in U.S. currency, and the indictment of two Iranian nationals.”  All of this is illegal because of U.S. sanctions on Iran, its oil, and the IRGC.

ICE is doing what it should – cracking down on the Iranian terror force known as the IRGC.  (The QF is a branch of the IRGC that focuses on extraterritorial actions.)  Among other things, the IRGC is responsible for the murder of over 600 U.S. soldiers in Iraq, sponsoring anti-American, anti-Israel, and anti-Western world terrorism through the creation and/or funding of other terror organizations like Hezbollah, the Houthis, and Hamas, and taking Western hostages.  Just recently, the IRGC was firing ballistic missiles at the U.S consulate in Erbil, Iraq, and its QF was reportedly plotting to assassinate former National Security Advisor John Bolton.

Bad actors in Iran are appropriately being labeled and sanctioned for their violent and illegal behavior.  And the U.S. government is enforcing those sanctions to reduce harm to America and its allies.

Yet, behind the scenes, as we speak, high-level diplomats are crafting a scheme to undo these sanctions and empower these dangerous actors so they can once again act without concern for U.S. intervention.  The basis for removing these sanctions?  Reviving a failed nuclear deal from the Obama Administration.  Our partners?  The Russians (yes, the ones we are supposedly joining the world in opposing because of their invasion of Ukraine).  What the U.S. appears to be offering?  Whatever it takes to get a signature.

The latest reports of the secret negotiations are that removing the IRGC from the foreign terrorism organization list (and thereby removing sanctions on it) is the final hurdle.  This would result in a new Joint Comprehensive Plan of Action (JCPOA) between the U.S., Iran, Russia, China, the UK, France, and Germany.  Supposedly, the JCPOA will prevent Iran from developing nuclear weapons.  In reality, it will provide a pathway for it and channel hundreds of billions of dollars to Iran (and the IRGC) to use for terrorism, as the original JCPOA did when it was implemented in 2015.

The lunacy of this foreign policy objective, particularly at a time when the Biden administration is sanctioning Russia for its invasion of Ukraine, should not be lost on the American public.  It’s no secret that a successful deal relies on the participation of Russia, which is currently quite busy conducting war crimes, such as firing on “apartment buildings, schools, hospitals, critical infrastructure, civilian vehicles, shopping centers, and ambulances, leaving thousands of innocent civilians killed or wounded.  Many of the sites Russian forces have hit have been clearly identifiable as in-use by civilians.”

The contradictions don’t end there.  Proposals to remove Russia’s most-favored-nation status and even expel the country from the G-20 would be accompanied by the U.S. blessing Russia’s ability to trade with Iran.  This is not how foreign policy ought to be conducted.

Senior officials in the Biden Administration appear to be blinded by ideology.  Originally, during the Obama Administration, the JCPOA was sold as the only alternative to war to stop the Iranian production of nuclear weapons.   Those same Obama officials are back under President Biden, and they refuse to adapt to a changed world in which the U.S. faces numerous international crises.

The more credible alternative is the “maximum pressure” strategy, conducted by the previous administration.  This involved using sanctions to grind down the Iranian regime, until it collapses under its own weight.  In 2020, Iran's reserves fell to a startlingly low $4 billion, after just two years of the strategy, suggesting that the “maximum pressure” campaign was succeeding.  The Iranian regime could not have lasted too long, as support for the mullahs probably does not extend beyond twenty percent of the Iranian public.  And the Iranian people are actually very pro-American, so any new government in Iran is likely to be a friend of the United States.

And best of all, “maximum pressure” does not require that we negotiate with the Russians, Chinese, and Iranians – all of whose regimes hate us – or that we remove the IRGC from the foreign terrorism organization list.   We also won’t have to allow exemptions for the sanctions on Russia while it is behaving brutally in Ukraine.  And ICE can continue to do the good work it is doing disrupting IRGC and QF operations that fund terrorism throughout the globe.

Imagine that – a foreign policy that makes sense, and is something to be proud of.  Quite a change from what we have today.

Adam Turner is the director of the Center to Advance Security in America.