Adam Turner
|
Posted: Feb 12, 2022 12:01 AM
Share   Tweet
The opinions expressed by columnists are their own and do not necessarily represent the views of Townhall.com. 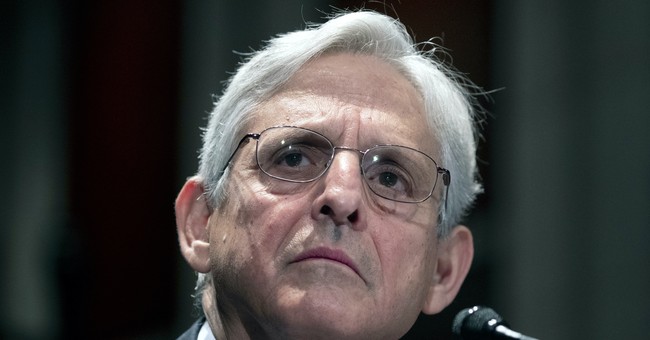 Today, everywhere you look, the First Amendment and/or free speech are under attack.

The most prominent recent example involves Joe Rogan.  Rogan, a comedian with a large podcast following, has found himself under pressure from critics who want to cancel him and his show on Spotify because of alleged “false” or “misleading” information presented by some of his guests.  As a result of these criticisms, Rogan has already apologized for some of his podcasts, and removed some of the offending ones from Spotify.  Needless to say, his critics are not mollified, and have moved onto other attacks on his speech.

But the Rogan example – while very much in the public eye – is actually far less dangerous than two recent actions by the federal government to attack the free speech rights of the American public. These actions actually violate the First Amendment to the Constitution, yet both have been justified by the need to fight domestic terrorism.

First, the Department of Justice went after the free speech of parents.  On October 4, 2021, Attorney General Merrick Garland issued a memo directing the FBI to involve itself in local school board meetings because of supposed threats and/or violence directed against board members coming from some parents.  However, it quickly became apparent that the FBI/DOJ was actually targeting the speech of parents, when, on October 14, 2021, another memo was released by the U.S. Attorney in Montana, which directed law enforcement to “contact the FBI” if a parent calls a member of a school board simply “with intent to annoy” which “may serve as a basis for a prosecution” under federal law.  Garland and the DOJ/FBI were forced to disavow the latter memo, since it directly targeted simple and non-threatening speech.

Second, the Department of Homeland Security issued its new National Terrorism Advisory System (NTAS) Bulletin, which also seeks to chill certain kinds of free speech.   This bulletin prioritizes so-called “false or misleading narratives and conspiracy theories, and other forms of mis- dis- and mal-information (MDM) introduced and/or amplified by foreign and domestic threat actors,” as a top domestic security threat, aiming to combat MDM through intelligence gathering and dissemination.  By the way, even DHS acknowledges that some of this information is indeed truthful; it just justifies including “mal-information” because this factual information is “used out of context to mislead, harm, or manipulate.”  So the DHS will also be determining the correct context for narratives.  The NTAS Bulletin also provides funding for select nonprofits, presumably ones that would combat this “false or misleading or mal” information.  At CASA, we believe that the NTAS has the potential to be a frightening assault on the First Amendment and the expression of legitimate protest and dissent.  By definition it seeks to fight any “narrative” that undermines public trust in U.S. institutions, which could include simple and truthful reporting about officials’ misconduct, potential corruption of political leaders, or scientifically-supported statements questioning contentious COVID policies.

And that is not all.  The NTAS Bulletin brings to mind a number of important questions that need to be answered: How much money will be sent out to politically motivated non-profit organizations dedicated to promoting the current Administration’s policy agenda through the Center for Prevention Programs and Partnerships (CP3)?

What is a “misleading narrative” and who will determine whether true information contributes to a “misleading narrative?”  Will this bulletin be the basis to fund groups that purport to “correct” misinformation or articulate the “approved narrative of events?”  Will the Nonprofit Security Grant Program be used to hand money to partisan organizations or those with close ties to public officials in an effort to bolster their public communications efforts?  Will any of the “collaboration with private sector partners” be used to work with social media companies, as White House Press Secretary Jen Psaki suggested at a recent press conference, to censor and identify peaceful but politically active opponents of the Administration?

Over the next few months, CASA intends to get some answers to these questions – questions that many Americans would be appalled to learn we even have to ask. Stay tuned.

Adam Turner is the Director of the Center to Advance Security in America.