Adam Radman
|
Posted: Oct 24, 2017 12:01 AM
Share   Tweet
The opinions expressed by columnists are their own and do not necessarily represent the views of Townhall.com. 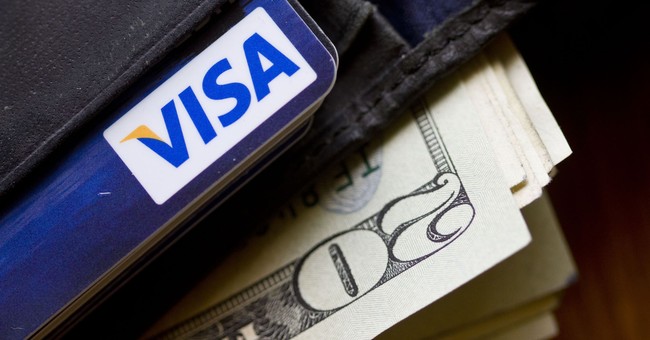 America’s elite quickly rebounded from the economic recession of 2008. Average workers, on the other hand, faced stagnating incomes and declining opportunities throughout the Obama presidency.

In fact, the American middle-class has barely seen a pay raise in over fifteen years. No wonder there is a growing feeling in America that only the wealthy and connected can succeed, a sentiment candidate Donald Trump successfully capitalized on in 2016.

Now, in an attempt to reverse these trends, President Trump and congressional Republicans are arguing that tax reform would jumpstart the American economy and provide Americans with a much-needed pay raise.

While all the details of the Republican tax reform plan are not yet available, Trump and his allies in Congress have published an outline of their goals, including cutting the corporate income tax rate from 35 percent to 20. While the rest of the world has aggressively sought to lower their corporate rate in recent years, America's rate remains the highest in the industrialized world; China has a 25 percent business tax rate, the European average is 20 percent, and the Canadian rate is 15 percent.

Behind China and Europe is not where America should be if it wants to compete with the rest of the world. A new analysis by the Council of Economic Advisers found that a 20 percent corporate rate would increase the average household income in the United States by $4,000 annually.

Here’s one reason why: America’s punitive tax rates encourage companies to park their cash overseas; with $2.5 trillion offshore, the American economy is missing out on the additional business investment and wage growth from allowing companies to return their overseas profits to America.

The plan would also reduce the current seven personal income tax rates to four: 35 percent, 25 percent, 12 percent, and zero. Consolidating the rates would provide tax relief to every American who pays taxes. The plan also calls for doubling the standard deduction for individuals from $6,000 to $12,000 and $12,000 to $24,000 for married couples.

This means taxpayers will see no federal taxes up to their first $24,000 in income. This feature greatly simplifies the tax code and provides a tax cut for the roughly 105 million Americans that use the standard deduction.

The virtues of simplification, in fact, cannot be overstated. Filing taxes should not require professional help, but Americans currently spend 6 billion hours a year complying with tax law according to the federal government’s National Taxpayer Advocate. Since 2001, Congress has made over 5,900 changes to the tax code. The current system is filled with so many exemptions, exceptions, and allowances that 94 percent of Americans either pay someone or purchase software to do their taxes.

If President Trump and congressional Republicans are successful, American families will experience significant economic growth and be the beneficiaries of substantial tax cuts, tax simplification, new or better jobs, and higher wages. And all of this success will undoubtedly benefit Republicans as they prepare to campaign for reelection in late 2018.