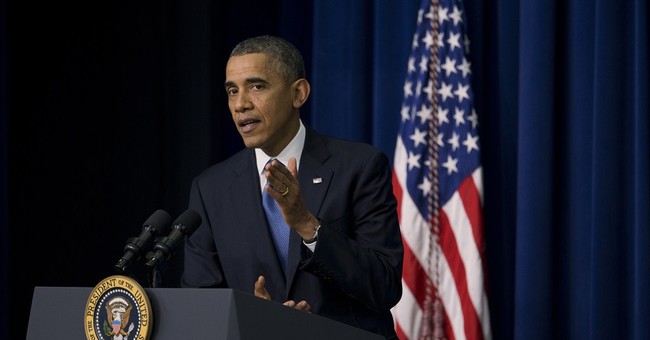 By now, the litany of broken promises accompanying the president’s signature healthcare initiative has become all too apparent. The “if you like your plan, you can keep it” quote – and its disconnect from reality – has been drilled into the American consciousness to the point where it will likely go down as one of the most iconic moments of Barack Obama’s presidency.

But what is too often lost in the—entirely justified—condemnation of this particular line is that it is far from an isolated incident. Obamacare was sold to the American people on a bed of misinformation so thick it would take a princess of exceptional refinement to sense the proverbial pea of truth buried underneath.

What ever happened to Nancy Pelosi’s claim that Obamacare “will create four million jobs—400,000 jobs almost immediately”? We’re still waiting for that one.

Now it looks like, in addition to losing health insurance coverage the president promised they would be able to keep, many Americans are about to lose their doctors as well. So much for the president’s 2009 speech in which hepledged: “No matter how we reform health care, we will keep this promise: if you like your doctor, you will be able to keep your doctor. Period.”

In short, the administration’s credibility is shot and yet, amazingly, they seem to have learned nothing from the experience. With every broken promise comes a shrug, an insincere apology and a new set of “guarantees” that even the most credulous among us would struggle believing. Have we set the bar for accountability so low that we’re not even going to pretend that promises matter anymore?

Two more recent offenses are the administration’s initially confident assertion that the troubled Healthcare.gov website will be fully functional by the end of November, and the president’s governing-via-press-conference attempt to make good on his “if you like it you can keep it” claim.

The first example was such an obvious fabrication that, as the deadline rapidly approaches and a lead technicianadmits that up to 40 percent of the site’s IT systems remain unbuilt, administration officials have been frantically trying to back away from it. Health and Human Services Secretary Kathleen Sebelius is now saying that the site will remain a work in progress, and Vice President Joe Biden appears to be gearing up to blame God if the promised improvements fail to materialize.

As for the second point, the president seems to think that he has the power to make and change laws simply by talking. Meanwhile, he has already threatened to veto a bill introduced by Rep. Fred Upton (R-Mich.) – known as the “keep your plan bill” – that would have made his promise legal and in accordance with the Constitution. When Republicans tried to use proper congressional procedure to change Obamacare, they were chastised because “it’s the law.” Strange that the president’s executive decrees draw no such admonition.

The latest embarrassment came as a single mother touted by the administration as an example of Obamacare’s success discovered that she wasn’t eligible for the tax credits she had been promised. You know you have a problem when even your success stories turn out to be failures. You know it’s time for some self-reflection when even Bill Clinton is lecturing you about honesty and integrity.

Seeing promise after promise fall apart under even the lightest scrutiny, the obvious question is: what next? President Obama has emerged as a national boy who cried wolf, with a plummeting approval rating now at an all-time low of 37 percent, with disapproval of Obamacare itself reaching a record 61 percent. Meanwhile the rest of the country waits fearfully to see what else will turn out to be untrue. If I had to bet, I’d put my money on “everything.”