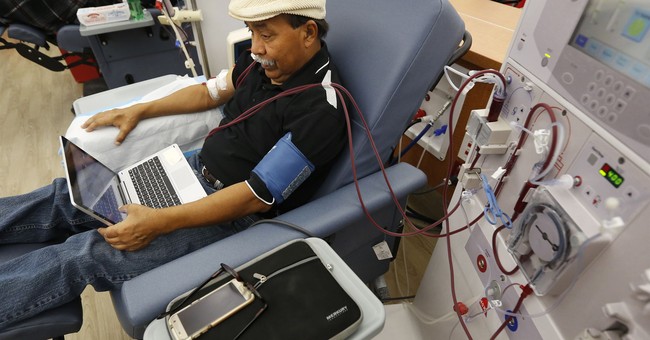 While there are always cyclical changes in Washington, some things seem to stay constant. Healthcare policy, for example, is always near the top of Americans’ minds, especially when it comes to accessibility and affordability. No matter which party controls Congress or occupies the White House, how Americans will be able to get the care they need at affordable costs is something that concerns people throughout the U.S.

Unfortunately, that’s largely because right now far too many Americans cannot access the level or quality of coverage they need. And even in those instances where the coverage is accessible, it’s far from affordable - something which has only been magnified by the COVID-19 pandemic as our nation’s most vulnerable patients struggle to get life-saving care. This problem has been especially pronounced for America’s kidney patients, who recently saw their numbers shrink for the first time since that data has been tracked due to the immense challenges created by the pandemic.

Aside from the more obvious health-related hurdles created by the pandemic, this is also in part because kidney patients face significant challenges when it comes to accessing and paying for the care that they need to keep them alive. Many are dependent on Medicare to pay for a portion of their dialysis treatments – which they need several times each week – with patients paying for the rest themselves. Medicare doesn’t pay for the full costs on its own, and the high costs can easily overwhelm patients and their families, especially if they have other health issues alongside kidney disease.

In this instance, however, lawmakers can step in to help. A bipartisan bill called the Jack Reynolds Memorial Medigap Expansion Act, which was introduced by Representatives Cindy Axne (D-IA) and Jamie Herrera-Beutler (R-WA), would make it so dialysis patients can access Medigap plans to cover the portions of their treatments that Medicare doesn’t by itself. This would be life-changing for those patients struggling with the costs of their treatments, medications, and other needs, and the benefits don’t end there. Having access to Medigap coverage also helps patients remain eligible for a transplant that can help them get off of dialysis altogether.

Passing this bill would provide relief to patients and families throughout the U.S., and is also a fiscally responsible solution to a major problem facing America’s kidney patients. A study performed by Health Management Associates last fall actually showed that passing the bill would lead to a more than $1 billion reduction in federal spending over the next 10 years.

That’s in part because, under the bill, not as many dialysis patients would be forced to use Medicare as their primary coverage. The Jack Reynolds Memorial Medigap Expansion Act extends the Medicare Secondary Payer (MSP) period for patients with coverage through an employer. Extending this period means that patients could continue receiving that coverage for longer, lessening the reliance on Medicare among kidney patients.

Smart, bipartisan healthcare policies like this are exactly what patients across the country need. Several conservative voices in Congress have already given their support to the Jack Reynolds Memorial Medigap Expansion Act, and I hope they are joined by members of leadership such as House Minority Leader Kevin McCarthy (R-CA), who can help to pass this bill.

Passing the Jack Reynolds Memorial Medigap Expansion Act offers an opportunity for a comprehensive, bipartisan solution to an issue that has weighed on America’s dialysis patients and their loved ones for too long. With this bill, we can finally make life-saving care more accessible and affordable to those who need it, and I hope Congress makes it a legislative priority in 2022.

Wayne Sasser is a pharmacist and Republican member of the North Carolina General Assembly.