Texans Deserve to Have Their Voices Heard in Washington 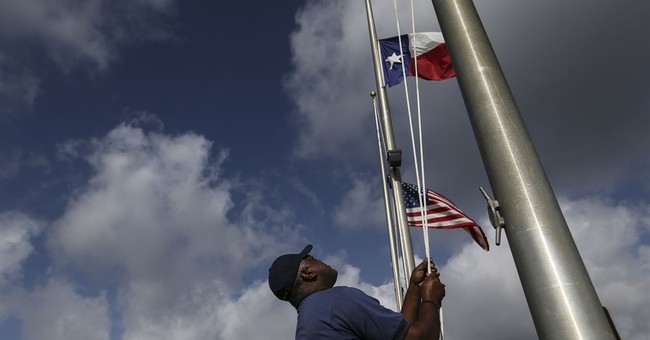 The citizens of Texas have a right to have their voices and concerns heard. Recently, the Federal Railroad Administration (FRA) underwent telephonic hearings for comment on safety standards for Texas Central’s proposed 240 mile long high-speed rail project connecting Dallas and Houston. Sadly, the people most impacted by this project, the citizens of Texas, were unnecessarily limited in the opportunity to address the proposed safety requirements under which the train would potentially operate.

On March 12, 2020, the FRA announced the scheduling of three public hearings to be conducted in person (not telephonic) in Dallas, Navasota, and Houston, Texas, between March 31 and April 2, 2020. This included one hearing specifically to be held in rural Texas, the community most negatively impacted by this potential project.

In light of the President’s March 13, 2020, Proclamation on Declaring a National Emergency concerning the COVID-19 public health crisis, and the Centers for Disease Control and Prevention’s request to cancel mass gatherings, the FRA postponed the three public hearings, which I applaud. However, on April 16, 2020, the FRA chose to re-convene the hearings via three telephonic calls (no longer in person) only a couple of weeks after the original dates. This offered no meaningful opportunity for input from the citizens of Texas dealing with COVID-19 and its effects on our economy. Additionally, adding insult to injury, the FRA chose to limit the number of calls to only 300 participants on a first-come basis and the duration of calls to two minutes each. This felt like a punishment for Texans daring to ask to be included in the conversation.

The Texas Department of Transportation (TxDOT) expressed, in a letter, its concerns to the FRA that Texans may not be given adequate opportunity to comment on the safety standards given the difficulties facing local communities as a consequence of COVID-19. Furthermore, due to the unique nature of the corridor and the complexities of the current petition for rule-making, TxDOT requested the FRA consider providing an extension to the public comment period until later this summer. In addition to TxDOT’s request, many state and federal representatives from across Texas have also sent similar letters expressing their desire for the FRA to postpone the in-person hearings, considering the lack of support for the project within the state of Texas.

As the State Representative of House District 13 in Texas, I believe public input in our government is a necessity. In order for democracy to function, it is essential that our government respect the point of view of our citizenry. Allowing Texans to have a voice, even while they do what they must to combat COVID-19, is critical to the functionality of our government. By delaying public comment, the people of Texas will be able to focus on dealing with the immediate predicament of COVID-19 and its effects on our economy, while later having an opportunity to provide input on this project.

To turn a blind eye to this affront, to the rights of the citizenry of Texas, is to ignore our fundamental obligations as U.S. citizens. In the Gettysburg Address, President Abraham Lincoln stated, “that government of the people, by the people, for the people, shall not perish from the earth.” Moreover, upon exiting the Constitutional Convention, Benjamin Franklin was approached by a group of citizens asking what sort of government the delegates had created. His answer was: "A republic, if you can keep it." While a railway between Houston and Dallas may seem to be of little concern to many non-Texans, censorship of the people offends all Americans.

Sadly, in spite of the request of federal and state representatives and the Texas Department of Transportation, the FRA has chosen to ignore the pleas of the people of Texas by proceeding with the hearings and not affording Texans a greater opportunity to have their voices heard while they are dealing with the COVID-19 pandemic. Additionally, on May 29, the FRA released the Final Environmental Impact Statement (FEIS), which was being created separate from the aforementioned comment period. According to the Draft Environmental Impact Statement (DEIS), the public would be afforded the opportunity to comment on the FEIS. With the FEIS now published, comments are being accepted until the issuance of the Record of Decision, with no details on deadlines for comments or how the comments will be addressed. Is the FRA truly interested in the public feedback or simply checking a box?

I hope you will join me in rising up in defense of democracy and protecting our taxpayer dollars. I ask you to call upon Secretary Elaine Chao of the United States Department of Transportation (USDOT) and ask why the USDOT is supporting Texas Central’s $30B proposed project, when Texas Central is seeking billions in taxpayer dollars, without adequate involvement from the very taxpayers potentially footing the bill. Call her office today at 855-368-4200!

Ben Leman is the State Representative of House District 13 in Texas. He serves on the Texas House Committee on Transportation, Land and Resource Management, and Redistricting.