Freedom of Speech and the Press 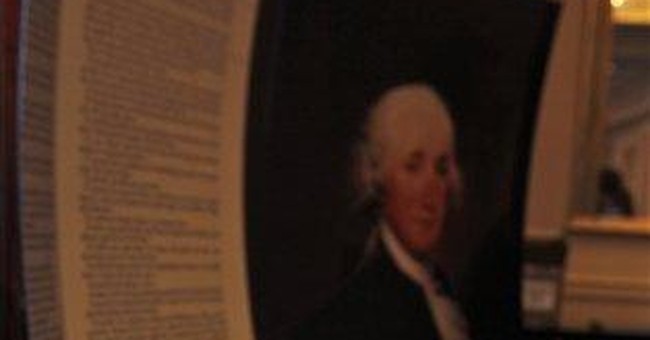 Editor's Note: This is an excerpt from Rep. Buck's new book, Capitol of Freedom, that will be released on August 4th.

Freedom of the press and freedom of speech are much more than liberties for individuals to enjoy. These two related freedoms are necessary for a republican form of government to survive, and the beneficiaries of these freedoms include the public, not simply those exercising their rights. The hallmark feature of a republican government is public influence over implemented laws. This type of government must encompass the will of the people and take into consideration the people’s concerns about proposed legislation. It is fascinating for us to consider how the founders envisioned the role between the individual and the collective. The founders saw that rights, including fundamental rights, such as the right to free speech and freedom of the press, first benefit the individual, but then the benefit is felt far and wide within the whole of society. Progressives like to invert that relationship and assure us individual rights will flow from their practice of first looking to the collective. But that is never how it pans out in practice.

Let’s return to the statue of Ronald Reagan, which serves as a good reminder of the importance of free speech. Reagan’s sense of humor helped define some of the weightiest matters of the day. Reagan often shared versions of this joke: An American is speaking with a Soviet citizen and says, “In America, we have freedom of speech. I can stand outside the White House and yell, ‘Down with Reagan!’ without being punished.” The Soviet citizen is unimpressed. “So? We have freedom of speech in the Soviet Union as well. I can stand outside the Kremlin and yell, ‘Down with Reagan!’ without any concern of being punished.”

The joke illustrates a key feature of the vast reach of our freedom of speech in America—we have a right to say what we want, even when our ideas clash with the government’s position or the president’s views.

Reagan was a fierce proponent of free speech, especially political free speech, because he understood the power of words to hold government in check and safeguard liberty—and even bring down totalitarian regimes. He also saw the interconnectedness of all freedoms. Freedom of religion doesn’t matter without the freedom to live out one’s faith in daily life. Freedom of the press is similarly hollow without the corresponding freedoms to criticize the government without fear of retribution. Similarly, the right to private property is meaningless without the right to defend that property, even from an encroaching government.

In dealing with the Soviet Union, Reagan resembled an earlier president—Madison. Writing anonymously in the National Gazette, in 1791, Madison offered this wisdom: “Public opinion sets bounds to every government and is the real sovereign in every free one.”  The Soviet government brutally restricted speech because speech has the power to shape public opinion, which in turn, sets limitations on the government.

As Frederick Douglass noted, “Liberty is meaningless where the right to utter one’s thoughts and opinions has ceased to exist. That, of all rights, is the dread of tyrants. It is the right which they first of all strike down.” It is no coincidence totalitarian regimes move swiftly to rein in free speech.

As a member of the House Foreign Affairs Committee, I am all too familiar with the heavy hand of totalitarianism in other parts of the globe. Closest to our shores is Cuba, where people are punished for speaking out, beaten by authorities. Venezuela’s collapse has been marked by political corruption, unemployment, and violence in the streets, leaving dead bodies, courtesy of leftist paramilitary goons who terrorize the countryside with extortion, kidnapping, and murder. Further afield, Russia’s autocratic president, Vladimir Putin, has allegedly ordered the assassination of political opponents.

It was Reagan who hoped for a different future for the former Soviet Union, saying, “Your new leaders appear to grasp the connection between certain freedoms and economic growth.”

Harkening to our freedom, the president added, “We hope that one freedom will lead to another, that the Soviet government will understand that it is the individual who is always the source of economic creativity.”

Ken Buck is a member of Congress from Colorado. He is a member of the House Judiciary Committee. Rep. Buck is the author of the upcoming book, Capitol of Freedom.