Now Is the Time for All Good Men 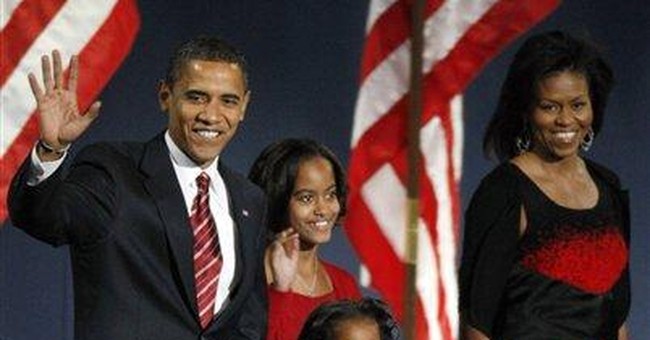 Ok. It was a bad night. It wasn't the blow-out the Democrats were hoping for, but it was plenty bad enough.

The economy presented not just a headwind for the GOP, but a Category Five Hurricane.

The Democrat-controlled Congress went home at the beginning of October and no senior Democratic Member of the House or Senate has poked his or her head up above their bunker since.

Every day the President, the Treasury Secretary, and/or the Fed Chairman has been on television explaining why we have to hand out another couple of hundreds of billions of our money to people most of us don't know, like, or trust.

The economy became, not just the lead issue, but the ONLY issue and the fact that neither McCain nor Obama (nor anyone else) has the slightest idea what to do with it was of no moment. Obama presented himself as someone who might have the wherewithal to be able to find a solution. The Republican Administration clearly had none.

There was a reason that the Obama campaign constantly ran the commercial in which John McCain said "I voted with George Bush 90 percent of the time." The country is worried about its economic future and Americans understand that President Bush was at the helm when the economy turned turtle.

It is a good thing that this election was not a nail-biter. There may be some House or Senate races which go to recounts (as I write this, in the Minnesota Senate race Norm Colman and Al Franken are separated by 5,500 votes) but it was important that there was a clear winner last night.

Even if North Carolina or Indiana are too close to call until next January, they will have no impact on the outcome.

Democrats do not look like they have the votes to have a 60-vote majority in the Senate. The House results will take a little longer to compile, so we'll have to wait to see if the Democrats got the 30-seat change they were looking for.

The parlor game in Washington will immediately shift to who will get which senior Administration position. There are a lot of talented people on both sides of the aisle and President-elect Obama will need the best of him in these troubled times.

The other major question to be answered over the next few weeks and months will be "Wither the GOP?"

The post-election data will have to be studied to see if the expected number of Republicans voted, but were overwhelmed by the astonishing Obama turnout operation (which was basically the Bush Playbook with an additional $300 million available to execute against it).

Or, the Party will have to see if Republican voters either stayed home or voted for Obama in any significant numbers.

If it is the former, then the GOP may have reached the outside edges of Republican Party membership and its new leaders will have to figure out ways to expand it. There just weren't enough Republicans available to win.

If it is the latter, then the GOP will have to examine its principles and precepts to see if they can be made to better fit the needs of a 21st century electorate.

Matt Gaetz Wonders If a Transition from Biden to Harris Is Already Underway
Townhall
WATCH: Den Crenshaw explains the 'Democrat Math' behind the Covid-19 relief bill
Twitchy
Susan Rice Takes a Swipe at Trump Advisor Stephen Miller, Ends Up Hitting Herself and Biden
Redstate
Portland Can Relax. The 'Enhanced Community Safety Team' Is On The Job
PJ Media