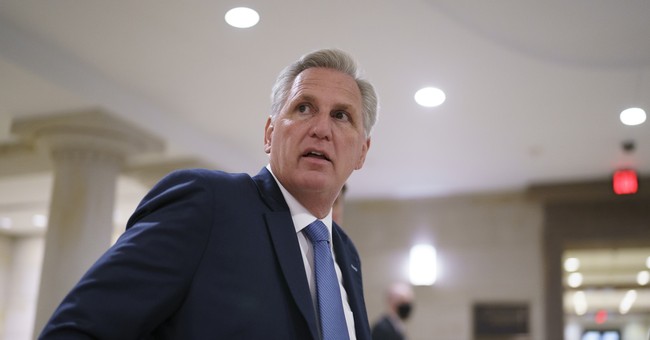 McCarthy said that inflation is due to large spending from Democrats, something that is causing everyday Americans to spend more of their paycheck on necessities like food, gas, and insurance.

"Republicans have sounded the alarm on this and we will continue to hold Democrats to account for their reckless handling of the economy," the statement read.

The statement features the testimonies of people gathered from social media responses.

McCarthy points out that even some Democrats acknowledge the results of Biden's spending. Kim Schrier, a representative from Washington state, said: "We knew that there was a possibility that this could lead to inflation….I know it feels—I feel it."

Inflation is a tax on every single American.

And it’s a direct result of Democrats’ reckless, excessive spending.

"Here’s the bottom line: prices on everything from gas to groceries are skyrocketing. And we know inflation is hitting hard-working middle class families the hardest."

So far, no amount of inflation or honest Democrats speaking the truth about inflation has stopped the Biden spending plan.

"President Biden continues to double down on trillions in government spending – specifically, a new $3.5 trillion in extra spending in the budget authored by Senator Bernie Sanders (I-VT), on top of the $1.9 trillion Democrats passed in March and the over $4 trillion the government spends in a normal year."

If the Biden spending continues, inflation will only get worse.