Matthew Charles and The Impact Of The First Step Act 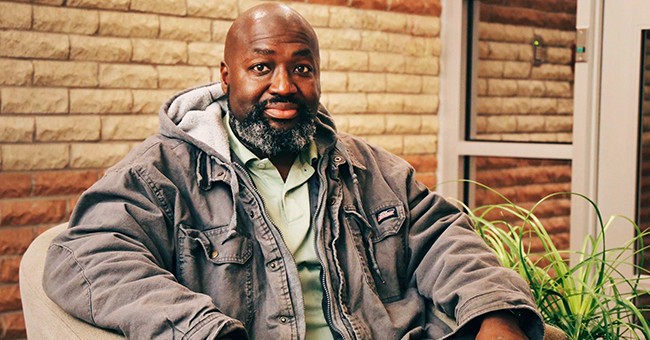 Matthew Charles, who is now 52, was sentenced to 35 years in prison on charges that he trafficked crack cocaine in 1996. Over his time in prison, he has not only been a model inmate but also an example to other younger inmates of how to conduct oneself and repair lives. He served 21 years before he was released.

Charles was originally released in 2016, but was later forced to return to prison last year after a court reversed a previous judge's ruling that his sentence was "unfair." He was released last week under a new and sweeping federal law called the First Step Act that allowed for courts to shorten unduly harsh prison terms.

U.S. District Judge Aleta Trauger ruled last Thursday that Charles was "entitled to immediate release" under the new law, known as the First Step Act. Many are hailing President Trump for his leadership on that effort.

Over the years, reform laws have been aimed to address the disparity by shortening sentences in respect to crack cocaine. This is one of many cases advocates of criminal justice reform have waved the red flag on, arguing that it's unfair because punishments at the time were much lower for people convicted of dealing powder cocaine.

As I previously reported here at Townhall, The First Step Act collected bipartisan support from advocacy groups and members of Congress alike. The bill, which was signed into law this past December, would relax stringent prison sentences at the federal level on non-violent offenses. The legislation, pushed by Trump's son-in-law and White House advisor, Jared Kushner, was supported by a wide array of groups,  including the American Civil Liberties Union (ACLU) to the Koch brothers-backed criminal justice organization, Right on Crime, and other organizations on both the left and right side of the political spectrum.

Charles's case received national attention from celebrities and politicians alike as Kevin Ring of FAMM started a petition that garnered over 130,000 signatures.

Just got word that Matthew Charles will be coming home within 24 hours. Thank you @realDonaldTrump for signing the 1st step act. This is what true bipartisanship can accomplish. https://t.co/9EnwDSksfw

Matthew Charles sat down with NBC's, Lester Holt, two nights ago for an exclusive interview to recall what it was like to learn that he’d be released from prison thanks to President Trump’s First Step Act:

Charles said he was "astounded," and found himself elated at the opportunity start his life again.

"I'm still trying to process all of this, you know? And I'm excited. And some of it is unbelievable still, you know what I mean? Because it just, you know, two days. I just got this motion two days ago, and nothing in the federal system goes that fast," Charles told Holt.

Yesterday afternoon, Kevin Ring of FAMM and Matthew Charles joined Dana Perino on Fox News to talk about the high profile case and positive work the First Step Act has resulted in:

President of FAMM and advocate for Charles, Kevin Ring, told Townhall, "Thousands of incarcerated individuals and their families are heading to court to get their excessive sentences corrected. Families will be reunited, and our communities will be safer," Ring responded to the impact of the First Step Act across the country.
Here are some thoughts from top advocacy groups about the implementation and impact of the First Step Act, and what we can see in the near future on the topic of Criminal Justice Reform on Capitol Hill.
David Safavian, who is the General Counsel at The American Conservative Union and helps lead bipartisan efforts for Criminal Justice Reform on Capitol Hill, told Townhall, "Matthew Charles is a great example of the benefits of the First Step Act having an impact."

Safavian also spoke about how Charles was a model prisoner while he was also out of prison for two years and had begun working, paying for housing and in his free time, volunteered in his community soup kitchen.

Yet, Safavian blamed "the Obama Justice Department that had appealed his release and as a result, he was reincarcerated to finish the remaining 14 years on his sentence."

Safavian continued, "Because the First Step Act reduced penalties for some non-violent offenders, his sentencing judge resentenced him to time served, with the concurrence of federal prosecutors. Matthew was recently released. This is an example of how over sentencing has gone awry. Charles is no longer a public safety threat. The additional 14 years behind bars would not have done anything more to rehabilitate him. But it would've cost taxpayers an additional $520,000. And we'd be no safer for that money."

"Unfortunately, some at the Justice Department are still fighting the First Step Act, despite the overwhelming Republican support for the bill in Congress and from President Trump."

"The First Step Act directed the Bureau of Prisons to fully implement the 54 day provision. Essentially, legislators were telling the bureaucrats at BOP that 54 days really means 54 days. Unfortunately, the Justice Department is now taking the position that it has seven months before it has to make those extra seven days available. Had BOP properly implemented the law, 4,000 families could've been reunited for Christmas."

"This is just another example of deep state bureaucrats ignoring Congress and the White House. That's got to stop," Safavian concluded.

The First Step Act freed Matthew Charles from a ridiculous reimprisonment. He can finally begin his life as a free man. A victory for fairness in the law and a tribute to the hard work of leaders of both parties who worked so hard for the First Step Act. https://t.co/FlFM4rKSFQ

In a phone interview with Townhall, Jason Pye, Vice President of Legislative Affairs at FreedomWorks explained that Charles case gathered national attention and is "one out of 2600" that is eligible for a sentencing reduction under section 404, of the First Step Act.

Pye, in the coming months, believes we will see numerous petitions filed for people sentenced under the previous crack cocaine mandatory minimum to have their sentences reduced. Pye affirmed that maybe 55 percent would achieve a reduced sentence and win the petition, citing a 2010 CRJ bill.

FreedomWorks, along with other advocacy groups, explained that there is still a long road ahead of them regarding the implementation of the First Step Act which will fall upon the new attorney general, which Pye is skeptical with his application the way Congress intended. He concluded by stating a second step act will be coming in the following months, and there is so much more to be done.

The First Step Act turned out to be an omnibus of criminal justice reform which we could see again according to Pye in the near future.

"It's likely that we'll also see more state-level reforms modeled after this bipartisan federal legislation. For example, states like Texas and New York are both discussing bills to increase dignity for incarcerated women this session."

"Seeing the First Step Act signed into law is a victory for criminal justice reform, but there is still work to be done in implementing all the provisions of the law and ensuring states take up the most beneficial provisions of the new law," Kelley explained.

David Barnes, the Policy Manager at Americans For Prosperity, spoke to Townhall and explained that, “Matthew Charles is exactly the type of person the First Step Act was designed to help and we look forward to the law helping others like him earn a second chance. But passing the First Step Act was just that: the first step. The next step is ensuring the law works, and that will require a strong implementation effort from the administration paired with congressional oversight.”

Holly Harris, Executive Director of The Justice Action Network shared similar thoughts to Townhall, "Matthew Charles exemplifies why the First Step Act had such overwhelming support on both sides of the aisle. His journey toward redemption and rehabilitation inspires people to believe in second chances; there was no moral, societal, judicial or fiscal reason he should have spent another day behind bars."

"Thanks to the unprecedented partnership between the White House and Democratic and Republican members of Congress, men and women like Matthew Charles can today live free as contributing members of American society," Harris concluded.

Cut 50, a nonpartisan advocacy group that bills itself as a "bipartisan initiative to cut crime and incarcerated population in half," also has praised the release of Charles. One of the group's co-founders is CNN political commentator Van Jones.

"It's something I've been dreaming about for 22 years now, and since I went back. But I've just been praying & hoping that this day would come. And it has come. And it's a remarkable feeling." Matthew Charles

All advocacy group's spoke of their excitement for further steps and maybe even a "Second Step Act" to further the mission and goals criminal justice reform while saving lives and offering second chances.