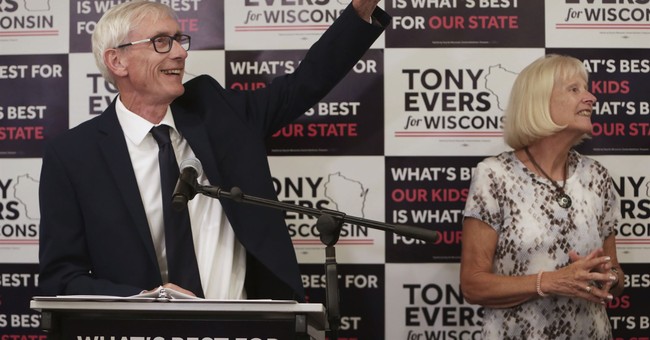 Wisconsin's Governor-elect Tony Evers held five forums across the state throughout December to get input from "regular people" on what they believe should be in the next statewide budget. The responses in which were taped by the MacIver Institute suggest that the listening sessions were more choreographed "special interest" meetings then anything else.

The state budget draft is due by January 29th this year, and Evers has stated that he seeks the input of those across the state. He has also been an outspoken critic of what he believes to be the Republican-held Legislature passing "lame-duck legislation" attempting a "power grab" before he assumes his post.

The video begins in showing Gov.-elect Tony Evers stating that "the days of having special invites to come to things like this are over."

The three-minute highlight reel of the event then points out all the special interests in the room including Steve Shea from the Milwaukee County Board who stated that he believes Wisconsin should move towards "100 percent renewable energy by 2040..."

Other notable special interest personnel eager to speak up included Bob Boucher from the Milwaukee Riverkeeper and a representative from Vocas de la Frontera who urged Gov. Evers to "restore access to drivers licenses for all people regardless of immigration status."

The long list of special interests continued with Assembly Democrats (State House Members), WISDOM, Citizen Action of Wisconsin, while there was coaching from surrounding parties for ordinary citizens with the cameras rolling.

The local teachers union, AFT Local 212, even gave community college students who were in attendance talking points to make into "their own concerns."

When Evers was pressed on the special interests infiltrating his event, he wasn't concerned, stating that he knows the concerns of the people of Wisconsin.

"The good thing is it's all been recorded electronically...I have a good feeling for some of the things that people are talking about."

"As I'm listening even tonight, there are things where I'm saying -yes that's important. I'm not sure we dealt with that appropriately," Evers concluded to reporters.

The findings of the MacIver Institute prove that the forums weren’t for "ordinary people" as billed but rather packed with special interests bucking to get their ideas on the official record.

The MacIver Institute is a policy center and think tank in Wisconsin "that promotes free markets, individual freedom, personal responsibility, and limited government.

Townhall has reached out to the Evers campaign for comment on the footage.