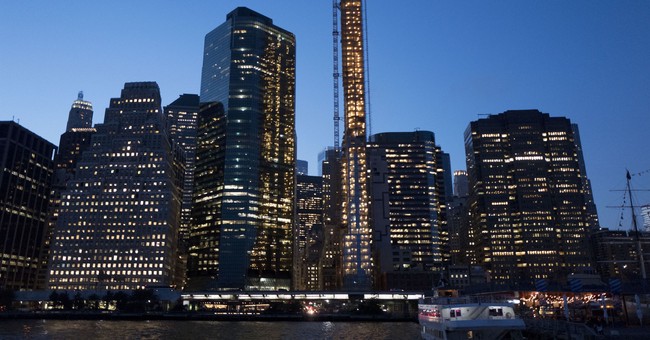 Who said that conservatives aren't discriminated against for their political beliefs?

Pardes Seleh, a conservative who has worked at Fox News and is now a graduate student, shared an email today she received explaining why she was denied approval to rent an apartment in Washington, D.C.

In an email, the owner/tenet writes to Seleh stating, "after pursuing your various journalistic and social media posts, it's pretty clear your political views are diametrically opposed to ours (and we hate Fox)."

my second time this week being rejected from an apartment/house in dc bc i worked at fox pic.twitter.com/rybqT52A5O

at least they were honest tho

An hour later Seleh, in a video posted to Twitter, explained that her political views aren't far right-wing or that "crazy." Seleh then expressed the fact that she didn't want to be seen as a victim, but rather show what occurred when searching for housing in D.C...as a conservative.

She went on to explain that people who are claiming to be "pro-love" don't show tolerance to varying political opinions.

rejected from housing in dc bc of politics https://t.co/Ljh2LInDVg

guys. please don’t go looking up these peoples apartment and harassing them, i am not a victim and i don’t want to punish anybody i’m just telling u what it’s like looking for housing in dc

Seleh told Townhall that she was "looking to downsize to an apartment with roommates in order to save money on rent, but it seems a lot of the people who live in my area wouldn’t want a roommate with my work background or political views."

"It’s not the end of the world and I‘m not a victim, have great friends in the area, but this stuff could get annoying sometimes," Seleh added.

Reactions from Twitter were swift, with many expressing outrage. The best response to the tweet was a picture of the "Fair Housing Laws" in D.C. while also pushing back against liberal "tolerance."

Wow, so much tolerance in that message ??

Seleh responded to "haters" who trolled her stating that she is "treated like a nazi for no reason."

u know what. i don't care about anybody's sexual orientation or what they look like or where they're from, i never did, i am constantly getting treated like a nazi for no reason and i'm not even super ideological about anything i'm just trying to make it in dc like anybody my age https://t.co/570sZXvwn5

no, i don't plan to sue or punish anybody for not renting me their room...
that goes directly against my values. nobody should be forced to provide services or open their home to people who make them feel unsafe
please stop harassing these guys w legal threats! that's not freedom