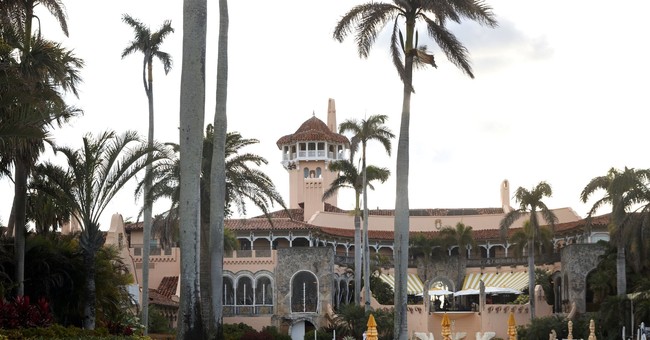 WEST PALM BEACH- As the 2018 Turning Point USA Student Action Summit conference comes to a close, I thought it would only be fitting to gather commentary and reactions from what many are calling the "largest gathering of young conservatives ...ever!"

Keynote speeches were given by top conservative firebrands and "thousands and thousands" of students across the country attended, according to a TPUSA spokesperson. Conference-goers packed into the convention center to hear from leading conservatives such as Congressman-elect Dan Crenshaw, Townhall's own Guy Benson, and Donald Trump Jr., among many others.

.@TPUSA literally just raised like $10,000,000 in five minutes at Mar-A-Lago. I can’t make this up. @charliekirk11 @RealCandaceO pic.twitter.com/bpgTttHQmX

Townhall has confirmed from a spokesperson "that while we don’t give specifics on fundraising we can confirm that while we did raise millions, the amount referenced in that tweet is exaggerated by a significant margin.”

Over the past couple of days, I have been taking note of what I believe to be "interesting" parts of the conference...

“I’m not going to be a coward... here’s what I will say to you...there are things that happed on a level that are even hard for me to understand...”@RealCandaceO addresses the recent @KanyeWest controversy at #SAS2018 pic.twitter.com/aG00PFr2ah

Here's an "interesting" moment from Guilfoyle about her and Don Trump Jr.:

"I'm not a doctor, although Don likes when I play nurse. Keep it here. Keep it here. But believe me I can diagnose people with Trump derangement symptom." - @kimguilfoyle at #SAS2018— John Haltiwanger (@jchaltiwanger) December 20, 2018

Conservative commentators and pundits told Townhall why it was important for them to attend the conference:

“Student Action Summit is like the Super Bowl for Turning Point USA every year. It’s an opportunity for thousands of attendees to be a part of the largest gathering of young, conservative activists in the nation, and to hear and learn from some of the most influential conservative thought leaders all in one place. Every year this event gets bigger and better and 2018 is no exception. There’s just nothing like the Student Action Summit and we’re honored to be able to host this amazing conference.”

Thousands and thousands of students from all 50 states who LOVE @realDonaldTrump scream “USA! USA!”

This is a sight the media WONT report

Why is the media ignoring the largest EVER gathering of young conservatives?

RT so they can’t ignore!! pic.twitter.com/dn5rDdKZ5b

Closing out our amazing #SAS2018 conference with my best friend and fellow warrior.

After a year of learning who our real friends and enemies are, it feels fitting to stand together and remind the world that they will never have the power to tear us a part. @charliekirk11???? pic.twitter.com/5kOJLrgyik

While all who shared their thoughts with Townhall only had positive things to say, some provided insightful highlights and thoughts on the gathering, while further speaking to their reasoning to attend the student gathering.

Senior-level TPUSA representative, Anna Paulina, who is the Director of Hispanic Engagement at TPUSA said, "SAS is bridging the gap between Millennials and Generation Z in regards to politics." And added that, "it is currently the key to fighting the culture war in order to take back our country."

Fighting the "culture war" was echoed throughout many conference goers responses, as it was clear that there was an emphasis placed on pushing back against the liberal indoctrination and status quo on college campuses. Danielle D'Souza Gill, a conservative commentator, shared that the conference inspired her because she saw how many young people were there while giving her great enthusiasm about the future of our nation.

“Project Veritas was approached by hundreds of college students eager to become undercover journalists," O'Keefe told Townhall. "They all expressed a willingness to find the truth and make a real positive impact on the country. We’re very thankful to Charlie and Turning Point for hosting us and gathering such a large group of motivated individuals."

Fitton explained it was important for him to be at the conference to share his knowledge on "the truth of Deep State matters that undermine our Constitution." He also expressed the importance of utilizing the conference to inform young conservatives.

Young voices, including Peter Van Voorhis, a conservative commentator, and Ryan Fournier, the Chairman of Students for Trump, rounded out the comments sharing their excitement and appreciation to conference organizers.

"Charlie Kirk and the entire Turning Point USA team outdid themselves once again at SAS 2018...this is the beginning of a cultural movement," Van Voorhis said.

Fournier added, “Turning Point has done a monumental job at motivating young people to get involved and have a lasting impact on Conservatism. In fact, they have made Conservatism cool again.”

Matt Schlapp, Chairman of The American Conservative Union, explained why it was important for him to attend the conference:

"Going to the Turning Point conference this year is particularly special for me because I will be accompanied by my two oldest daughters who understand that freedom, liberty, and the rights enshrined in the Constitution make up the foundation of this awesome and radical experiment in self-governance. We are looking forward to sitting in the audience together and learning from the brave kids who are on the front-lines of the battle for the soul of America."

Finally, Townhall editor Katie Pavlich rounded out the remarks by adding that, "Young conservatives exist and this is proof."

A great day at #SAS2018! Thank you @charliekirk11! pic.twitter.com/R7xyqSAJah