Will Santa Fly With Gov't in Shutdown Mode? 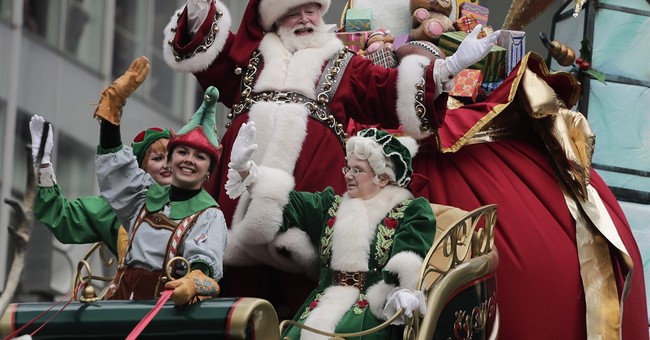 The North American Aerospace Defense Command (NORAD) carries out the important job of tracking and helping to direct Santa Claus and reindeer around the world to deliver gifts to children...on the most magical night of the year, Christmas Eve.

The collaboration by the United States and Canada make the organization's efforts possible while being funded by both nations. In addition to tracking Santa on Christmas Eve, NORAD advises aerospace warnings, air sovereignty, and offers protective measures for all of Northern America throughout the year.

#NORAD is located only a few hours away from these gorgeous #Colorado mountains. What does winter look like where you are from? Leave a photo in the comment section if you like. #NORADTracksSanta pic.twitter.com/s2SetQPtVx

NORAD receives funding from the Department of Defense, which has a full year of funding and will not stop operating if the government shuts down.

NORAD also said it has more than a thousand volunteers helping the program run.

NORAD’s Santa Tracker allows people to see Santa’s location across a map of the world, including his next stop and his expected arrival time at a selected location. The site also has a running tally of how many gifts Santa has delivered, and shows the weather at the North Pole. (VIA The Hill)

The NORAD operations center in a tweet on Friday said, even if there’s a government shutdown, Santa will still be tracked:

In the event of a government shutdown, NORAD will continue with its 63-year tradition of NORAD Tracks Santa on Dec. 24. Military personnel who conduct NORAD Tracks Santa are supported by approximately 1,500 volunteers who make the program possible each and every year. pic.twitter.com/fY0oyjrdDc

Santa's command center staffed by "elves" is run mostly by thousands of volunteers who answer phones and emails from children around the world.

We're ready for Dec. 24...are you? pic.twitter.com/OHhCfRgiHu