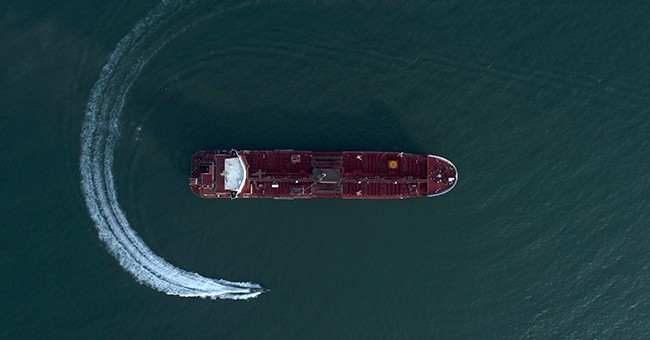 Last Wednesday, Iran reportedly seized an oil tanker traveling through the Strait of Hormuz for the third time in roughly a month, according to the country’s state media. The seizure has yet to be independently confirmed but, if true, will further raise tension in the vital sea lane through which roughly a fifth of the global oil supply passes.

Iranian state media reported on Sunday that Iranian forces seized an Iraqi oil tanker the week prior for “smuggling fuel for some Arab countries,” according to the BBC.

A Revolutionary Guard commander told state media that the seized tanker carried about 700,000 liters (154,000 gallons) of fuel at the time. The ship has been taken to Bushehr Port in southwest Iran and its fuel given up to the authorities, BBC reported.

Iran’s oil ministry denied having any connection to the seized vessel and said it was still collecting information. A Spokesperson for the U.S. Navy’s 5th fleet, stationed in the middle east, told Reuters that they have no information on the alleged seizure.

Iran also said it captured the Iraqi ship’s seven crew members, but declined to elaborate on their identity or current status.

If it was actually seized, the Iraqi ship will be the third ship seized by Iran in the last month. Iran has previously seized a U.A.E. oil freighter and British-flagged ship in July and attacked Norweigian and Japanese oil freighters before that.

The alleged seizure comes at a time of ever-escalating tension in the Middle East as the United States and Iran remains at an impasse over the future of the Iran Nuclear Deal. The United States, which wants to renegotiate a deal with Iran, has slapped on severe economic sanctions on the Iranian leadership and economy. Iran has responded by re-activating its nuclear enrichment program beyond agreed-upon limits and waging gray-zone warfare on western-aligned targets.

In one moment of crisis, U.S. authorities claimed that Iran shot down a U.S. drone flying in international airspace. President Donald Trump almost launched a retaliatory strike on Iranian military targets until he called it off in a last-minute decision.

Iran has broken two key constraints on its nuclear program, surpassing its stockpile limit of low-grade uranium and enriching high-grade uranium. The country on Monday said it is prepared to break a third constraint if Europe does not take action to neutralize the U.S. sanctions. Iran has not elaborated what exactly it will do in the event of non-compliance.