US Efforts to Counter Russian Disinformation Is Outdated and Un-Coordinated, Committee Hearing Reveals 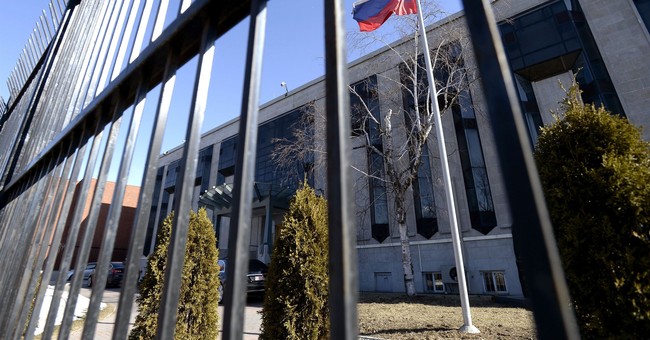 The Wednesday Capitol Hill hearing on U.S. government efforts to counter Russian disinformation campaign showed that Moscow remains a step ahead of the United States in the so-called “information battlefield.”

Several bureaucrats testified what their agencies are doing to oppose Russian influence and disinformation in Eastern Europe and Central Asia. But what some congressmen were curious about was who exactly was in charge.

“There’s a multiplicity of US government actors involved in countering Russian disinformation,” said Republican Rep. Hal Rogers. “It’s unclear to me at present how well-coordinated these efforts are.”

The testifying bureaucrats gave different impressions about which agency was in charge. Specifically, representatives of the Global Engagement Center and the U.S. Assistance to Europe, Eurasia, and Central Asia, both claimed that they were the ones in charge of the U.S. efforts to resist Russian disinformation efforts.

“GEC...is leading our U.S. government effort to counter propaganda and disinformation,” first said Lea Gabrielle, special envoy and coordinator of GEC. “There are so much good work being done in this field across the US government, but if there is not a body that is corrdinating those efforts, we would be duplicating.”

Then, Jim Kulikowski, coordinator of the U.S. Assistance to Europe, Eurasia, and Central Asia, followed the special envoy by claiming that “coordination, overall with respect to Russian malign influence, is my job, my office, my bureau.”

Kulikowski’s comments moved Gabrielle to clarify that while her center is not responsible for all efforts to counter Russian malign influence, she is undisputedly in charge of all efforts to fight propaganda and disinformation.

“During the Cold War, the United States developed and invested in a messaging and media infrastructure that was well suited for the media environment at the time,” said Alina Polyakova, fellow and director at the Brookings Institution. “Unfortunately, that is no longer the case...The U.S. media prowess has not kept up. A 20th century model to countering 21st-century disinformation will fail.”

The bureaucrats at the hearing acknowledged that the United States needed to modernize its public diplomacy and media operation if it is to effectively counter Russian influence, and noted several steps taken towards achieving that goal, like launching a 24-hour Russian news channel geared toward a social media audience.