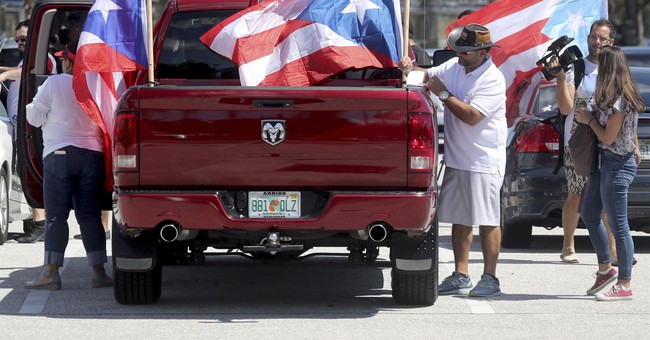 Two former Puerto Rico officials, including the island’s former education secretary, were arrested on Wednesday along with four other people. The six individuals were indicted for steering government contracts to unqualified contractors.

The defendants were indicted with 32 counts of fraud, money laundering, and other charges.

There is no evidence that Keleher or Availa-Marrero personally benefitted from the corruption, Huffington Post quoted officials as saying.

In total, Kelleigh and others awarded more than $13 million government contracts. In one case, Keleher instructed her department to award a $95,000 government contracts to Colon and Ponce, an unqualified company owned by her assistant’s sister, according to an unsealed federal indictment. The department at the time did not need the services offered by the company but gave the company the contract anyways.

During her tenure as education secretary, which lasted more than two years, Keleher said she was intent on overhauling Puerto Rico's public schools even before Maria hit the island. Decrying a system that she said was inefficient and unhelpful for students and teachers, she broke up the department's bureaucracy to provide more local control to different regions of the island, backed what became a landmark 2018 law to institute charter schools and vouchers, and approved the closure of hundreds of public schools due to low enrollment.

Her supporters said she was bringing much-needed change and energy to a system where students produced dismal academic results for years. But her detractors, including the Asociación de Maestros de Puerto Rico, the island's teachers' union, alleged Keleher was defying the will of parents and educators and shattering the island's public schools in the name of unproven solutions.

President Donald Trump has previously criticized Puerto Rico for corruption while discussing the reconstruction money allocated to the island in the wake of a 2017 hurricane disaster.

Puerto Rico got 91 Billion Dollars for the hurricane, more money than has ever been gotten for a hurricane before, & all their local politicians do is complain & ask for more money. The pols are grossly incompetent, spend the money foolishly or corruptly, & only take from USA....

....The best thing that ever happened to Puerto Rico is President Donald J. Trump. So many wonderful people, but with such bad Island leadership and with so much money wasted. Cannot continue to hurt our Farmers and States with these massive payments, and so little appreciation!