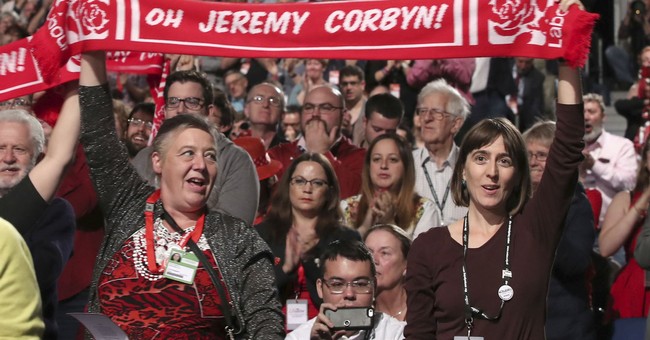 On Thursday, the British Labor Party executive committee reinstated a lawmaker with multiple accusations of antisemitism under his belt, sparking an intra-party revolt as Labor politicians demanded that the decision be overturned.

Chris Williamson, an MP representing Derby North located in central England, fell from grace in February when he said that the Labor party is “too apologetic” about charges of antisemitism. The lawmaker made the comments after nine MPs quit Labor partially in response to what they said was rampant institutionalized antisemitism in the party.

“We have backed off too much, we have given too much ground, we have been too apologetic,” Williamson said of his party’s response to antisemitism, The Yorkshire Post first reported.

The comments caused an uproar, and soon the MP was formally suspended from the party.

However, following the conclusion of an investigation into his actions, Labor re-admitted Williamson after issuing a “formal warning.”

The Guardian reported that the party investigators initially requested sterner punishments for Williamson, but were overruled by Labor’s national executive committee.

Williamson’s reinstatement drew a strong rebuke from within the party. Ninety Labor politicians, including cabinet members and the party’s deputy leader, signed onto a petition that denounced the decision and requested Jeremy Corbyn, the Labor leader, and an avowed Palestine activist, to overturn it, according to BBC.

The Derby North MP previously said in 2017  that antisemitic accusations lobbed at Corbyn and the Labor party are “proxy wars and bullshit,” provoking criticism from Labor members. Then in 2018, Williamson called for the reinstatement of two different Labor members also suspended for antisemitic remarks, saying the party was punishing them in the “most grotesque and unfair way.”

The row surrounding the pro-Corbyn MP is just one facet of the larger and protracted controversy about institutionalized antisemitism in the Labor party. Corbyn, for instance, refused to apologize last year after laying a wreath at a ceremony that honored the perpetrators of the 1972 Munich Olympics attack, in which Palestinian terrorists singled out and killed 11 Israeli athletes. In another case, the Labor Party issued a definition of antisemitism that did not adhere to the definition issued by the International Holocaust Remembrance Alliance.

As charges of antisemitism in the party accumulated, the Equalities and Human Rights Commission, a non-profit, announced in May that they will start a probe into the Labor party's practices starting in May. Labor said that they will fully cooperate with the investigation.