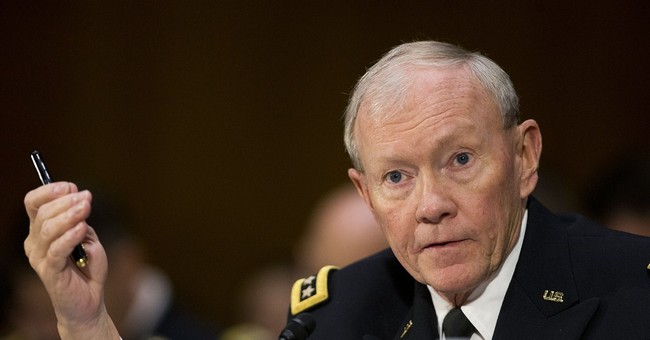 “This is just what families do,” said Bonnie Carroll, TAPS President and Founder. “When there’s a tragedy, we come together. We hold each other close, even when it’s across the miles. TAPS is America’s family of all those who selflessly serve and die. We truly love each other because we have shared the most intimate human experience. It’s about life and death, love and loss.”

Chairman of the Joint Chiefs of Staff General Martin Dempsey presented a keynote address, after a special introduction by Landon and Liam Gilbert -- the young surviving sons of Navy Lieut. Craig Gilbert.

“You started the organization around your kitchen table in Alaska and somehow, incredibly and profoundly, it still feels that way,” Dempsey said to Carroll in his brief address. “That is such an incredible gift you have.”

Dempsey also brought the audience to their feet while singing two Irish melodies, "Red is the Rose" and "The Irish Pub."

“Our nation is freer and our world is more peaceful because of the tremendous sacrifices made by the men and women who have bravely answered the call to serve,” President Barack Obama wrote in a letter to gala attendees. “By providing survivors with unwavering support and compassionate care, TAPS helps our nation fulfill its sacred promise to our military families.”

The gala dinner drew together more than 850 attendees, including family members of fallen soldiers, TAPS staff, and service members from all branches of the military. Actor Eric Dane (Grey’s Anatomy, The Last Ship) also attended.

“As a marine corps officer, I’ve seen and experienced the heartache of losing young members of the military,” said Sen. Dan Sullivan (R-AK), while introducing survivor Pat Bye as recipient of a TAPS Award. “It’s the leadership and commitment of people like Pat that enable all of us as military families to get through such difficult times.”

TAPS is a program dedicated to providing care for the families of fallen service members to help them through their grief. Coming alongside loved ones in their grief, TAPS organizes Good Grief Camps for children who’ve lost parents, hosts seminars for all ages to support family members of all relationships through their grieving processes.