Here's How Democrats Can Qualify For the Next Two Primary Debates 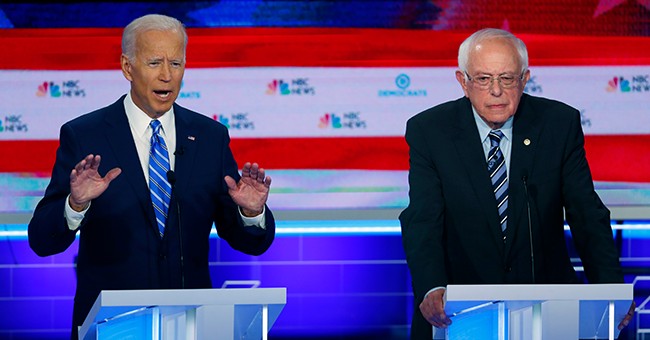 After the debacle that was the first Democratic primary debate, presidential hopefuls will once again take the stage in less than a month to hash out their "differences" and explain to the American people why they are, indeed, much better than Donald Trump.

The next round of debates, hosted by CNN,  will take place in Detroit, Michigan--a key battleground state won by Trump in 2016--on July 30 and 31.

The qualifications for the debates are the same as the first. Candidates must win 1 percent support in at least three different national polls or receive funds from 65,000 unique donors.

Candidates who did not appear in the first debates because they were unable to meet this threshold are Montanna Gov. Steve Bullock, Massachusetts Rep. Seth Moulton, Mirarmar, Florida Mayor Wayne Messam, and former Alaska Sen. Mike Gravel.

Former Rep. of Pennsylvania Joe Sestak also hopes to qualify for the next round of debates, as he announced his candidacy just two days before the first primary debates and was unable to qualify.

It will be interesting to see which of the underdog candidates meet the necessary qualifications to appear in July’s debates. However, even if they do make the debates, it will be much harder for these lesser-known contenders to make the cut for September.

Because of the more strident rules for September's debates, FiveThirtyEight's Nate Silver estimated that only eight candidates would be able to qualify as of now--Biden, Sanders, Warren, Harris, Buttigieg, O'Rourke, Klobuchar, and Booker.

The pressure is on for the Democratic presidential candidates to perform in the upcoming July debates, for whether or not they appear in September depends on a successful showing in the weeks to come.

Check out our list of all the Democratic candidates for president here.