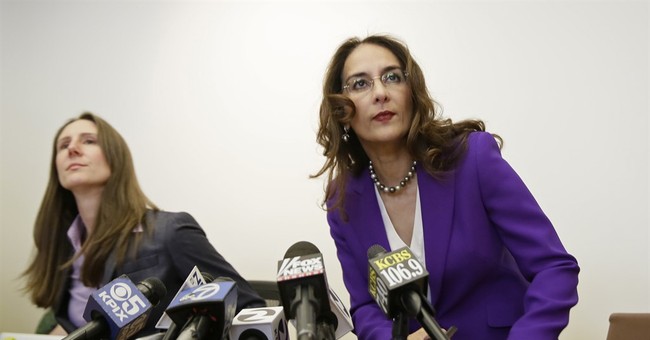 Early Monday morning Harmeet K. Dhillon, lawyer of journalist Andy Ngo, tweeted that she planned to sue Antifa insurgents "into oblivion" after her client was brutally beaten at a protest.

Goodnight everyone except Antifa criminals who I plan to sue into oblivion and then sow salt into their yoga studios and avocado toast stands until nothing grows there, not even the glimmer of a violent criminal conspiracy aided by the effete impotence of a cowed city government.

Dhillon savagely called out the lifestyles of the millennial Antifa thugs while simultaneously criticizing the feckless government of Portland.

Her comments come two days after Ngo was attacked by Antifa at a protest in Portland. He was later admitted to the hospital for injuries he sustained.

Good news! ?@MrAndyNgo? has been cleared to leave the hospital! He’ll have more to say in coming days about what happened to him & others yesterday in Portland. He is very thankful for the overwhelming support from decent people, especially ?@michellemalkin? & donors. pic.twitter.com/gK3ZEHfRyE

Dhillon is referring to a GoFundMe campaign Michelle Malkin launched to support Ngo. So far the campaign has raised $142,000.

Ngo's lawyer later criticized the city of Portland itself, calling it "worse" than San Francisco.

San Francisco rightfully gets a lot of flack from the media for its homelessness problem, drugs, being the utopian petri dish of America, etc., but Portland is way worse -- it's run by gangs of fey black-clad, armed proto-fascists who commit mayhem & create no-go zones at will.

Dhillon's tweets come after multiple conservative influencers and legislators have condemned the attack against Ngo. Sen. Ted Cruz (R-TX) has called for "legal action" against Portland's mayor, Ted Wheeler. So far, only three people have been arrested in the aftermath of the protest. It is unclear whether the arrests were made in relation to Ngo.