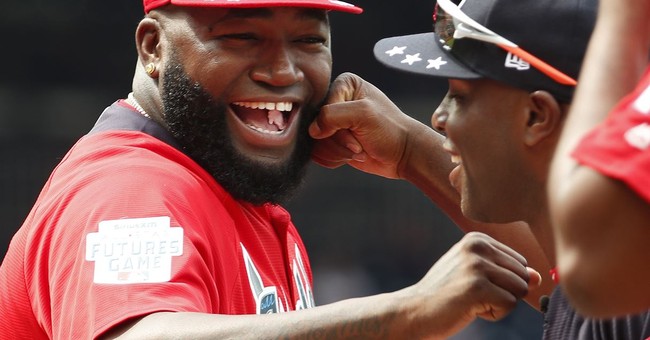 Former Boston Red Sox Star David Ortiz was shot late Sunday night at a club in the Dominican Republic. He underwent surgery and is now in stable condition, according to Felix Durán Mejia, a spokesman for the Dominican National Police. Durán told CNN that Ortiz is “out of danger.”

Ortiz was sitting at a bar in the Dial Discotheque nightclub in Santo Domingo, when he was shot in the back by a motorcyclist.

After shooting Ortiz, the gunman was immediately attacked by a crowd of people at the club. He was taken to the hospital for treatment and is now in police custody. Police identified him as 25-year-old Eddy Feliz Garcia.

Leo Ortiz, father of Ortiz, told reporters he has no idea why his son was shot.

"Doctors say that David is out of danger, thank God," Ortiz told ESPN. "What they have told me post-op is that the doctors believe he will recover quickly."

Twitter users were quick to offer their condolences to Ortiz and his family.

The Boston Red Sox released a statement regarding the incident.

It’s crazy to hear what happened to David Ortiz. It goes to show you that anyone can be in danger at anytime no matter your status. Get well soon Big Papi. I’m praying for you.

The official MLB Twitter account also tweeted "Our thoughts are with David Ortiz," after receiving word of the shooting.

Our thoughts are with David Ortiz, who is reportedly hospitalized after being shot in his hometown of Santo Domingo, Dominican Republic, per @Enrique_Rojas1. pic.twitter.com/IH3Qjxn0BT

Ortiz is a former major league baseball player who played 14 seasons with the Boston Red Sox. He hit 541 home runs and helped the Red Sox win three World Series titles. He was the World Series MVP in 2013 and a 10-time All-Star. He retired in 2016. Ortiz is a native of the Dominican Republic and lives there parts of the year.