Three Americans Die of Same Cause at Dominican Resort 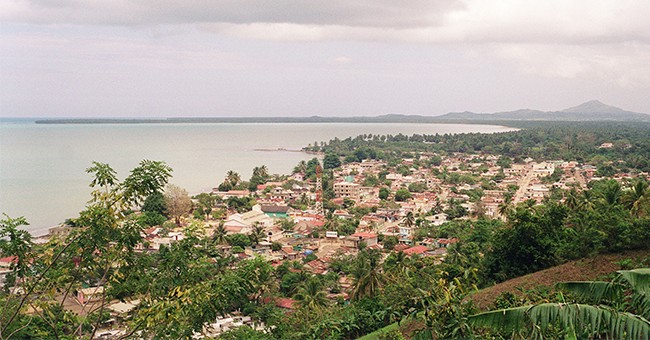 Three Americans have died at a hotel resort in the Dominican Republic of the same causes.

Miranda Schaup-Werner, a 41-year-old psychotherapist from Allentown, Pa., died on May 25 after collapsing in her hotel room at the Bahia Principe Hotel in La Romana. Just five days later, engaged couple Edward Nathaniel Holmes and Cynthia Day were found dead in their hotel room after they had failed to check out. The couple had arrived at the resort the same day Schaup died.

Dominican authorities said that autopsies from the three Americans show the same cause of death—respiratory failure and pulmonary edema, caused by excess fluid in the lungs.

The U.S. State Department on Tuesday released a statement to Fox News regarding the deaths.

"We can confirm the recent deaths of three U.S. citizens in La Romana, the Dominican Republic - Nathaniel Edward Holmes, Cynthia Ann Day, and Miranda Schaup-Werner. We offer our sincerest condolences to the families for their loss. The U.S. Embassy is actively monitoring the investigations by Dominican authorities into these tragic deaths.  We stand ready to provide assistance as requested."

"The U.S. Department of State and our embassies and consulates abroad have no greater responsibility than the protection of U.S. citizens overseas.  Out of respect to the family during this difficult time, we have no further comment." (Fox News)

Bahia Principe Hotel tried to shift blame for the deaths of the Americans to natural causes.

The hotel released a statement saying that Schaup had "suffered from heart conditions in the past." And that bottles of high blood pressure medicine were found in Holmes and Day's hotel room.

Family members of the three Americans do not accept this explanation and are raising questions about the sudden deaths of their loved ones.

Jay McDonald, family spokesman and brother-in-law of Daniel Werner, Schaup's husband, said that the deaths were "beyond coincidence."

“They died five days after, and the cause was determined to be the same, this just puts this whole thing through the stratosphere – something is going on, and we want to know what it is,” McDonald said.

McDonald continued by saying that the family was not happy that Schaup's death was treated "in such a cursory manner" by Dominican and hotel authorities.

A State Department official said in a statement that "we are not aware of any connection between these incidents."