Progressives Will Save the GOP 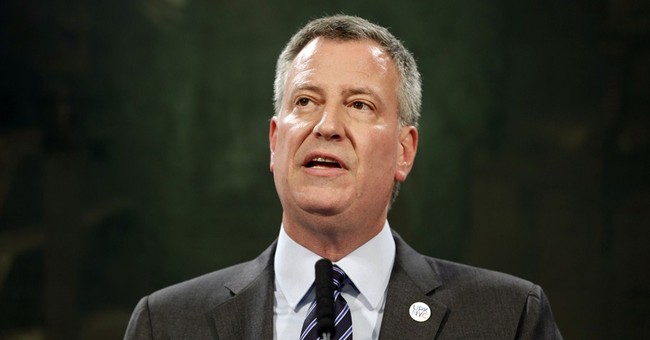 In the May issue of Townhall Magazine, where this column originally appeared, S.E. Cupp explains how progressives are paving the way for a conservative resurgence.

Just a few months ago, in the wake of Bill de Blasio’s election to New York City mayor, it seemed as though progressivism was on an unstoppable course to pull the Democratic party leftward.

The movement’s seen real ups and downs over the past few decades. After dominating in the 70s, President Reagan effectively supplanted progressivism with populism in the80s. President Clinton then moved the Democratic Party to the center in the 90s, with legislation like welfare reform and the Defense of Marriage Act. And thanks to an overzealous pro-choice movement that supported partial-birth abortion, President Bush was “this close” to putting a final nail in the coffin. Then, of course, came the wars.

After a brief resurgence in 2008, President Obama, for myriad reasons, has since been a wet blanket for progressives who thought that, after Bush, the country would lurch left in unprecedented ways. But for one, his election itself slowed the gears, zapping the momentum out of groups like Code Pink and MoveOn.org, which all but vanished during Obama’s first term, seemingly forgetting their opposition to interventionist policies that trounced on civil liberties at home and abroad.

For another, Obama’s fleeting moments of real progressivism have been overwhelmed by policies of pure political calculus. Abandoning gun control, ramping up drone strikes, and opting for a pseudo marketplace for health care instead of a single payer system have all worked to turn progressives into pessimists.

But Occupy Wall Street stoked the embers once more, and along came Elizabeth Warren, the bank-bashing Harvard

professor from Massachusetts who would become the face of the new progressive era. Along with de Blasio, she is set to challenge the Democratic establishment that has denied progressives their due space in the marketplace of politics.

This is all good news for Republicans. In fact, Warren and de Blasio are our new best friends. So please, do cheer them.

For one, the wealthy targets of their anti-bank, anticorporation, and anti-union policies are revolting. The top 1 percent, people who hire, people who invest, and people who donate millions to charity, are sick and tired of being excoriated simply by virtue of their success. It might have been hard to defend wealth during Occupy Wall Street, but that party’s over and an election is on the horizon. Wall Street in particular is getting more and more comfortable telling the Democrats where to go.

Obama floated a budget plan to raise taxes on Wall Street, but, as Politico put it, “no one took it seriously.” And, “just days later, the President was raising money at the home of one of the wealthiest private equity executives in New York.”

Even Hillary Clinton, the Democrats’ presumptive presidential nominee, seems to know where her bread is buttered, giving two big-money speeches to Goldman Sachs last year alone, in which she promised the group she had no plans to bash the banks.

Progressivism is, in essence, dividing the Democratic Party down the middle.

More importantly, the progressive economic messages Democrats hope will drive voters to the polls in 2014 have fallen flat. After summarily ignoring income inequality (and watching it actually worsen) for five years, Obama launched a new election-year push to solve the gap by, wait for it, raising the minimum wage. Comically, Democrats followed his charge.

But then the Congressional Budget Office issued a report stating what anyone who understands anything about basic economics already knew: the minimum wage kills jobs. Now vulnerable Democrats in red states have to decide not only whether to run from Obamacare (and they are) but also whether to embrace an agenda that will increase unemployment.

The polling just isn’t there. In a Gallup survey from March, “Gap between Rich/Poor” ranked at the bottom of a list of voter priorities, scoring a mere 3 percent. Income inequality, the Democrats’ major election year strategy to drive turnout, is the least important issue for voters. What were they thinking?

According to a Politico story titled “The Rich Strike Back,” there’s reason to believe that Democrats may be recalibrating their midterm messages. But with the party clearly unfocused, and confused over how to embrace progressivism, while still acknowledging the realities of the political climate, it’s hard to imagine the discord resolving any time soon.

As progressivism goes from mere rhetoric to action, voters from every economic stratum are rejecting it. I, for one, am rooting them on.